A Real Murderer and a Dog Hero 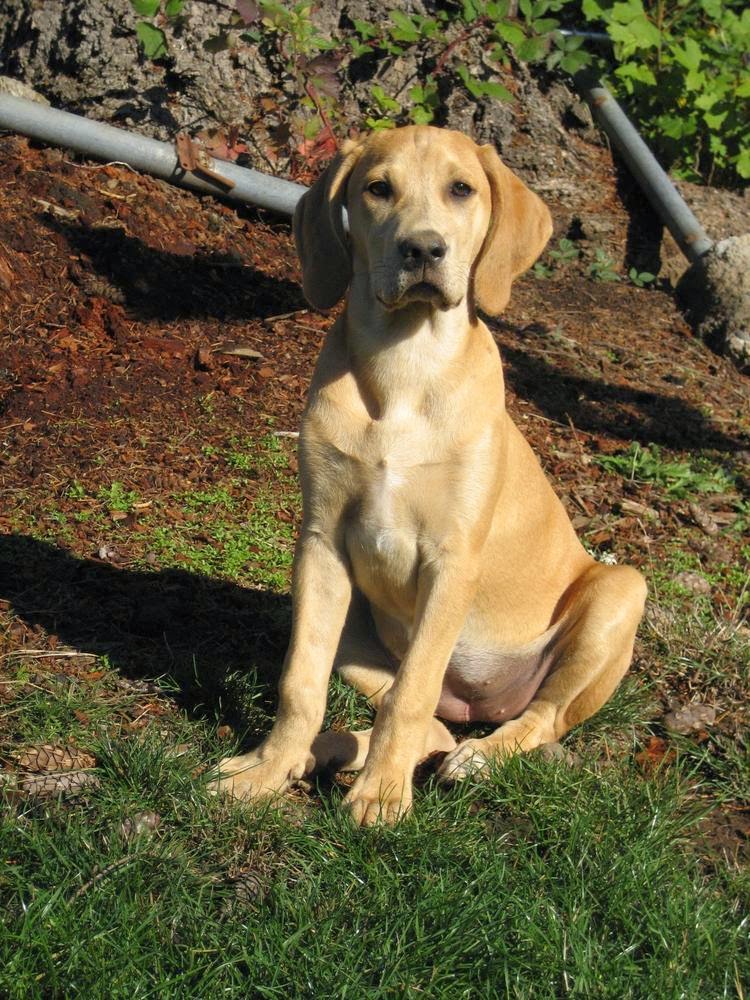 I write murder mysteries for a living. My Skeet Bannion mystery series (Every Last Secret, Every Broken Trust, and Every Hidden Fear) is set in the greater Kansas City metropolitan area. For these books, I make up crimes and murderers entirely out of my imagination, but I have had real experience with a murderer in my life.

When I was a young mother pregnant with my second child while my first baby was about eight months old, we lived in a small rental house and behind us stood an old two-story apartment building while next door the land sloped away to a small woods before ending below us in a busy urban street. One weekend before I was pregnant with that second baby, my husband and I arrived home from a weekend visit with relatives to discover a dog in terrible condition that had been apparently dumped at the woods edge of our yard.

A pale yellow mix of probably golden Labrador and some kind of hound, this dog had all four of his legs pulled up to his head and was trussed with a flea collar that had been fastened around all four legs and his neck before he was thrown out of a car. We assumed they were aiming for the woods, but the dog was heavier than the unknown villains thought and landed short of the woods in our yard. The poor dog had obviously struggled, and the flea collar with its poisons had cut through the flesh of his neck and two of his legs. The poisons of the collar were entering the bloodstream there, turning the bloody flesh a greenish tinge. It didn’t seem he would have much chance of survival.

We were desperately poor and had no car and no money for a vet, even if we’d had some way to carry a large dog to one. But I couldn’t let the poor dog die without at least trying to help him. My husband was sure the dog would bite me, but I had lots of experience at doctoring animals and believed after looking into his eyes that this dog knew I was going to help him. I sent my husband for scissors, hydrogen peroxide, and clean cloths from my rag pile. Then, talking to the dog the whole time to keep him calm, I cut through the flea collar and freed him from it. He lay there, limp as if he’d given up, but gave me a look of gratitude and licked my hand when I put it near his head. Next, I had to clean out his wounds with the peroxide, and that was painful. The poor guy just whined and whimpered but never offered me any hostility as I had to hurt him. Once I had him cleaned up, I had my husband, who was still afraid of him, carry him up to the house where I made the injured dog a bed. And over the next several weeks, I cared for him as he healed, always carrying scars from his ordeal.

We called the unprepossessing fellow Plain, short for Just Plain Dog. Plain became a cheerful, loving member of our family. This was in the days when all people let their dogs roam free, but Plain stayed near home most of the time. The only exception was when the mailman came on his rounds. He would park at our house to start his route and had asked if Plain could accompany him. Plain kept all the other dogs at bay while the postman did his job, and at the end of the route, when they arrived back at our house, the mailman gave him a treat and told me what a good dog he was. I knew that, of course.

Then I was pregnant again, and it was summer. Most days after I finished my housework, I’d set up the playpen out in the yard, put my baby in it and sit beside her with a book, Plain curled at my feet. Often, we saw a young man passing on his way to meet his girlfriend in the apartment house behind us. I’d met her a few times, and we’d talked about books and men. I liked her, and he seemed nice, always nodding or waving as he passed. The last time I talked with her, she mentioned they’d had an argument and she’d broken up with him. She also said he always talked her into taking him back, but she wouldn’t fall for that this time. So when I saw him heading her way again a few days later, I hid a smile. Obviously, he’d once again talked her out of the breakup.

After almost an hour, he returned, this time rushing through our yard, looking distraught and angry. When I saw him, my first thought was that they’d had another fight. He stopped inside my yard, staring at me in a strange way, as if he hadn’t expected to see us there. Suddenly, Plain began to growl and rose to stand in front of me as the young guy came toward the baby and me. Plain never barked but obviously set himself to spring on the young man, growling ferociously the whole time. I had never seen this side of my sweet dog. The guy apparently thought twice about approaching us and headed back toward the apartment house, returning shortly in his girlfriend’s green MG, roaring down the street past us with Plain now barking loudly, as well as growling. I calmed him down once the car disappeared around a corner, and he once again became my sweet Plain.

Imagine my surprise when the homicide detectives came around later that day. My neighbor had been raped and murdered by her ex-boyfriend just before he tried to cross my yard in his getaway. The detectives thought he probably would have killed me so I couldn’t tell anyone I’d seen him there that day if Plain hadn’t been there to drive him off. They had a huge manhunt for him, and he was eventually found in another state and arrested. He killed himself in jail before he could come to trial.

Perhaps the seeds of my mysteries were laid that day with the everyday mundane suddenly turning ominous and violent. But one thing I know is that my dear Just Plain Dog had most likely saved my life and my unborn son’s and maybe my little daughter’s, as well. Plain had a long, happy life with us ahead of him, and when his time to leave us finally came, he was surrounded by my husband, the two children he’d saved, and me, all weeping inconsolably at losing our loyal friend.

Every dog I’ve ever had since then has always been a rescue, usually one on death row at the pound. There is no loyalty and companionship I’ve found like that a rescue dog will give to you. That’s why I gave my protagonist Skeet Bannion a rescue collie named Lady and a rescue cat named Wilma Mankiller.