We Have a Jewish Lawn, But Where Are the Diamonds? 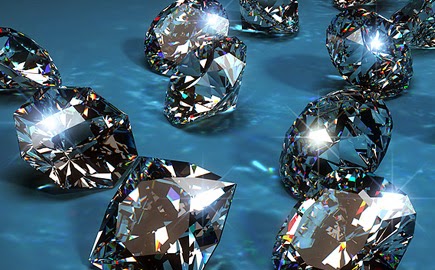 People who have been reading my posts on my own blog, here at Stiletto, and on my other group blog, Writers Who Kill, know that I have had to battle disapproving neighbors and the city about my front yard, which is planted in native, drought-hardy plants for the most part. The neighbors and the city both would prefer that my husband and I have only bluegrass in my yard, and they’d like to force us to do that. Fortunately, we’ve been able to fight it for the past seven or eight years.

Now, along comes Pat Robertson, that ancient, uber-wealthy televangelist, to give us just the excuse we needed to stand up to the neighbors and the city. On March 31, Robertson said on his television show on the Christian Broadcasting Network that you never saw Jews tinkering under their cars or mowing their lawns because they were too busy polishing their diamonds.

My husband, who’s Jewish, sent me the link to the video.
http://blogs.forward.com/the-shmooze/195590/pat-robertson-says-jews-dont-mow-lawns/

He included a subject line in his email that read, “We Have a Jewish Lawn,” referring, of course, to the problems with the city.

I watched the video with the poor confused old man and emailed my husband back. “You’re right. We do. But where are the diamonds?”

And I’m still waiting, darn it!

REPLY TO COMMENTS (because Blogger still won't let me reply :-(

Marilyn, yes, it is sad, but no more than we can expect from Robertson anymore. It's a shame that he puts himself forth as representing Christianity, which is something very different and much better than what he shows the world. I would say he's irrelevant, but he has millions of viewers. I can't understand why people and cities all over the country are so insistent on the bluegrass yards when they require so much water and chemicals to survive. Yards like yours and mine are much more sustainable and eco-sensible (I think I just made up that word, but we needed one like that, didn't we?).

Posted by Linda Rodriguez at 2:30 AM