In the Company of other Writers

I can think of no other solitary profession that craves company more than writers. Because writers need other writers.

When a writer sits down at the keyboard, they're alone. Well, except for those crazy characters running around in their heads. My husband swears I have someone stashed away in the closet of my den because he keeps hearing "voices" coming from the room whenever I'm in there writing. The truth is, I'm one of those writers who can't write dialogue unless I hear it out loud. There's more of you out there who do that right? Right?? Please tell my husband I'm not crazy. Not sure he'd believe you, but it's worth a shot.

I will admit, however, that after hours and hours of sitting alone at the computer, a person could get a little stir crazy. You begin to question whether what you've written is as good (or maybe as bad) as you think it is. You need perspective. You need fresh air. For God's sake, you need to go to the bathroom! But most of all, you need to interact with other people. Mainly, other writers. People who get the imaginary world you live in, because, let's face it, non-writers just don't get it. Try to talk to them about your plot, or the big turning point or whose pov you should put a scene in and their eyes glaze over.

Of course, there is the Internet. That place other writers can interact with each other daily and still stay in their pjs. But while the Internet is awesome, it's still no substitute for honest-to-goodness real life interaction, face-to-face conversation, hugs, laughter and tears (the stuff life is made of!). I'm fortunate enough to have a couple of venues for this. My awesome STAR chapter (a chapter of Romance Writers of America from central Florida) that meets monthly, and my more local Red Pen Writers, who meets twice a month. Both groups fill my writer's soul. They replenish my emotional well and allow me to spend those long solitary hours at the computer talking to myself. In other words, they keep my sane. 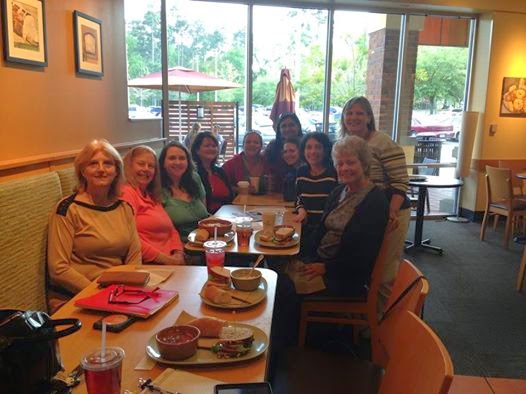 Thank God for other writers!

Email ThisBlogThis!Share to TwitterShare to FacebookShare to Pinterest
Labels: A Girl Like You, maria geraci, writing groups