In my head these days, I’m living in 1969. I call up memories from that time period—yes, I was a sentient being back then—as I write my W.I.P. (work in progress), a historical mystery.

I call my books “historical” because, even if it’s a time period some of us can remember, that world is so long gone that it is the dead past. Sure, it has ripples into the present, but it is just plain gone.

The award-winning television series MAD MEN has helped bring this era back to fictional life. The seventh and final season of this show has begun, and the year is now 1969. The very one that I’m imagining daily in my head.

Media pundits already privileged to view the closing episodes note that 1969 brought a sour end to a decade that had begun with such bright hopes. President Kennedy’s Camelot is replaced by death at Chappaquiddick. Peace and love at Woodstock progresses to death at Altamont. Campus radicals morph into the Weather Underground . . . and even more death. The year 1969 is also when the My Lai massacre comes to light. (And Nixon becomes President. Enough said.) 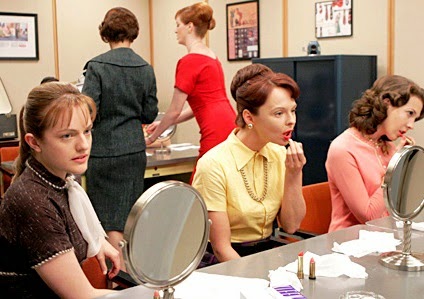 Only one thing slowly gets better as the decade progresses—better opportunities for women. As luck has it, women’s liberation provides the background of my W.I.P.—murder comes to women’s lib groups in the rain-soaked cities of Vancouver and Seattle. Hence the title of my second mystery is RAINY DAY WOMEN.

Participating in the women’s movement was a salient point in my life. I remember conversations and episodes clearly from that time and can inject them into my fiction. This adds authenticity to the historical detail.

There’s just one problem. A few people don’t believe how sexist that era was. For example, one man in my writing critique group keeps protesting that males just weren’t that awful back then. He won’t believe me when I assure him that I know what I’m talking about. A twenty-something female gasped when a passage was read aloud that showed a husband ordering around his wife in a preemptory fashion. She said, “I wouldn’t have put up with s**t like that.” In that case, had she lived back then, she would have been a rare bird indeed.

Now I can give people like them—doubting Thomases and Thomasinas—an assignment. I’ll suggest they watch episodes of MAD MEN. Perhaps they will believe the television show when they don’t agree that my writing is historically accurate. (Often an outside source is handy to validate what one knows to be true. I learned that in my corporate career.) 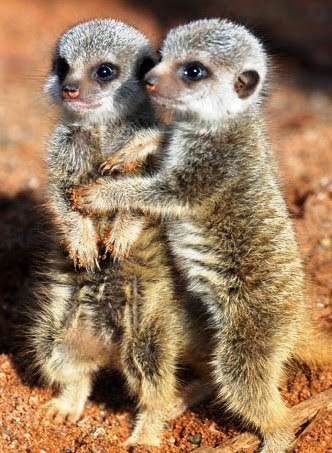 So, where do baby meerkats enter into this—as you might wonder from the title of this post? Please bear with me as I explain.

I’m a fairly serious person. My fiction writing and my social media posts reflect that. While I admire writers who can routinely toss off witty or humorous comments, I’m not inclined in that direction. Just look at the content of this blog!

I have noticed, however, that people who post darling photos of puppies and kittens develop a devoted following online. Therefore, lately I’ve been experimenting. I salt my Facebook pages with cute photos of baby animals, and these have garnered raves. My favorite shows a wildlife photographer who had become so much a part of some baby meerkats’ life in Botswana that they happily crawled all over him and his long telephoto lens. The money shot is of a baby meerkat standing atop the man’s head in that precious pose so beloved of all us meerkat fanciers.

My hope is that the baby animals on my Facebook pages will draw people in, and then they may stick around to read my more serious musings. That seems to be happening.

But in addition, there has been an unexpected payoff.

As I increasingly dabble in the small pleasures provided by baby meerkats, puppies, and the like, there’s been an uptick in the quality of my life. It’s great to smile more, even as I dwell mentally in that fraught year of 1969.

Here for your delight are the photos and video of baby meerkats, mentioned above. The video is especially recommended:  http://www.buzzfeed.com/chelseamarshall/this-unexpected-friendship-between-meerkats-and-a-photograph?sub=3152218_2755903

Discover more about her at
http://www.KayKendallAuthor.com
Posted by kk at 3:30 AM