Things That Take Me Away from my Writing

Some of them are the same things that most female writers must grapple with every day, some, I suspect are different.

1. Laundry, and though I don't have to do it nearly as much now that we're down to two of us, it still has to be done. Washing, drying, folding, putting away. And I guess I should include the changing and washing of the bed linen and putting the bed back together.

2. Cooking. I don't do as much of that as I used to either, though there are still a lot of us to feed. Son, daughter-in-law, granddaughter and her baby live next door. And evening meals we do together. Sometimes I cook, sometimes d-i-l takes over.

3. Grocery Shopping. Not my favorite thing to do, but if we have to have something to cook. Fortunately d-i-l and granddaughter often accompany me.

3. I bet you thought it would be housework--nope, I don't do that anymore. Pay a daughter and granddaughter to do it for me.

4. Hubby. I dearly love him and enjoy his company, but he'd like mine a lot more than I give him. So, we watch TV together in the evenings--usually a series on Neflix. And we've watched some dandy ones. Just finishing up on Elementary, the first season, and we've been watching a British series about Nazi occupation in the British Channel Islands during World War II.  We also try to go to the movies once a week and have a meal out together.

6. I do two newsletters, one is monthly and it's for the residential care profession that I'm now retried from. The other is quarterly and it's for the Public Safety Writers Association. You can see the newsletter on the website. http://policewriter.com/wordpress/pswa-newsletter-march-2014/

7. I'm active in my church, teach Sunday School to 3rd through 5th graders, and attend a weekly Bible study.

That's probably more than you ever wanted to know about me, but I could go on. I love spending time with my relatives. Because I have a new book coming out this month, I've spent a lot of time planning the promotion for it--which also means I'll be doing some traveling.

But I have another book that I'm working on, one in my Deputy Tempe Crabtree series--so I need to find time to work on it or I won't have it ready to send off to the publisher.

And there's one more thing that takes time, writing blogs. I do this one twice a month, another on Make Mine Mystery twice a month, and my own blog: http://marilynmeredith.blogspot.com/ and I try to do a new post every other day--and I love having guest authors.

So what things keep you from writing? 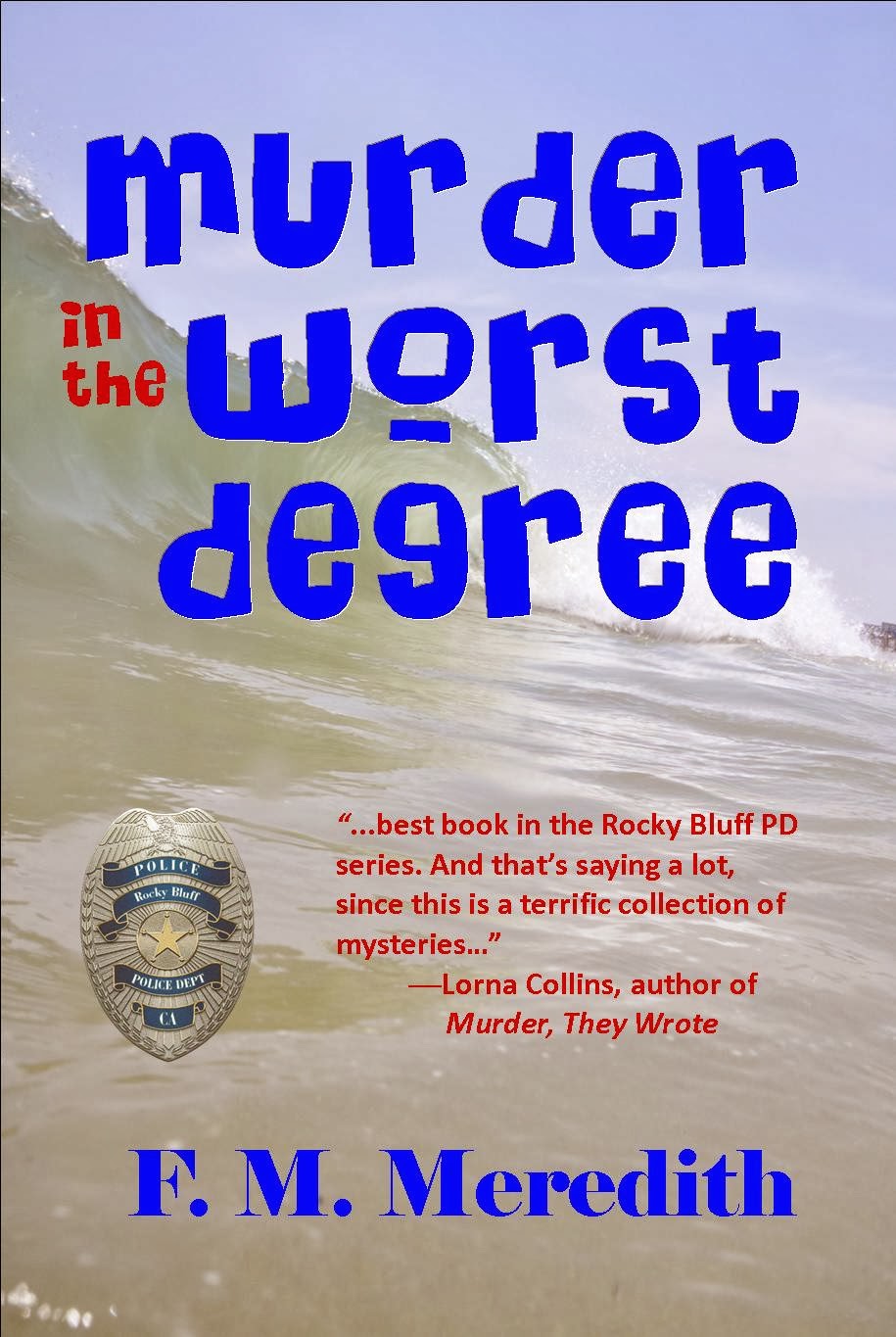 Coming soon!
Posted by The Stiletto Gang at 1:30 AM

Email ThisBlogThis!Share to TwitterShare to FacebookShare to Pinterest
Labels: Things that keep me from writing