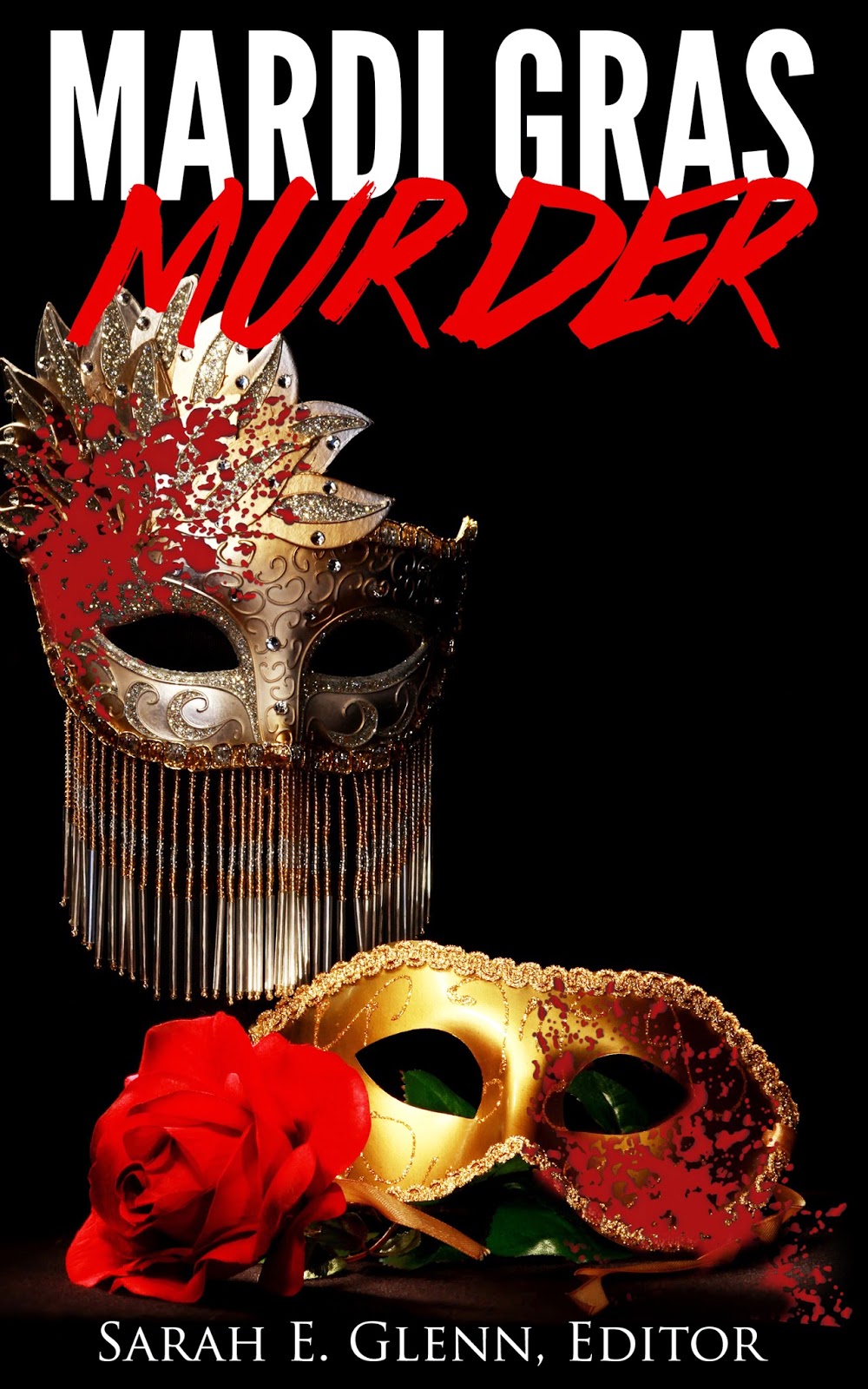 The different ways authors work is intriguing and educational.  While reading the thirteen stories included in Mardi Gras Murder, a short story anthology published by Mystery and Horror LLC, I wondered if the other authors had approached their crime themed stories as I did when writing Who Dat? Dat the Indian Chief! To answer my questions, I contacted Harriette Sackler – Queen of the King Cakes and Sarah Glenn – Red Beans and Ricin.

1.  Tell me a plot teaser about your Mardi Gras Murder story:

Harriette:  Queen of the King Cakes is about a young woman who is determined to fulfill her dream of achieving success in an area she is most passionate about.   However, one decision changes the course of her life.

Sarah:  In Red Beans and Ricin, private eye Lana Fisher’s red beans take the blame when the guests at a Cajun potluck fall ill.  When the hostess dies, Lana must clear her name.

2.  How did you get the idea and come to write your short story?

Harriette:  I find that somehow, my stories just come to me.  Some of them are based on observations or incidents that have stuck in my mind over time.  This story actually revolves around a woman who lived on our block when I was a little girl and the wonderful times I spent with my grandmother who shared a passion similar to my protagonist.

Sarah:  I started with the notion of Fat Wednesday, because I belonged to a group that celebrated it for the same reasons J.  When I mentioned setting a mystery during Mardi Gras to a friend, he said, “Red beans and ricin?” which was just perfect.

Debra:  I saw an open call for short stories for a Mardi Gras anthology.  Not knowing much about Mardi Gras events, I started researching different parades. When I found historical info about how the offspring of slaves and Indians created alternate parade activities, my imagination ran wild – especially in light of the aftermath of Katrina.

3.  Did you need to do research for the story?

Harriette:  Yes.  I did research for this story.  I read about the history of King Cakes, the geography of New Orleans, and the Louisiana penal system.

Sarah:  Yes.  I was afraid that the FBI or some such would investigate my online searches, but I would have to get in line.  There are a number of Breaking Bad fan sites now that reference ricin.  I also wrote Luci Zahray, the Poison Lady, about possible methods of introducing the ricin.  Gwen Mayo helped me with the method I finally chose.  Won’t divulge that part, since it’s a spoiler.

Debra:  I read everything I could find on Mardi Gras Indian tribe parades, the routes they use, and the special way the tribes communicate so that I could make my story realistic.  Because I have not spent much time in New Orleans, I contacted two friends who are natives to find out about schools, streets, parishes, and other physical landmarks so my setting would be accurate.

Our stories are very different.  Two of us use a prompt or research idea to stimulate our imagination while things flow for the third writer, but no matter how we approach our writing, we utilize research skills and personal memories.  The attention we give to details brings our stories alive for readers.  The result, in this case, is the Mardi Gras Murder anthology that offers something for everyone.

~ ~ ~ ~ ~
Harriette Sackler serves as Grants Chair of the Malice Domestic Board of Directors. She is a past Agatha Award nominee for Best Short Story for “Mother Love,” Chesapeake Crimes II. “Fishing for Justice,” appeared in the Sisters in Crime-Guppies anthology, Fishnets.  “Devil’s Night,” can be found in All Hallows’ Evil,” a Mystery and Horror, LLC anthology.  “Thanksgiving with a Turkey,” appeared in a Shaker of Margaritas: a Bad Hair Day; and “The Factory,” was published in Chesapeake Crimes: This Job is Murder.

Harriette is a member of Mystery Writers of America, Sisters in Crime, Sisters in Crime-Chesapeake Chapter, and the Guppies. She lives in the D.C. suburbs with her husband and their three pups and spends a great deal of time as Vice President of her labor of love: House with a Heart Senior Pet Sanctuary. She is a proud mom and grandmother.  Visit Harriette at: www.harriettesackler.com .

~ ~ ~ ~ ~
Sarah Glenn  has a degree in journalism. She spent a few years as a grad student in Classical Languages. She generally writes in the mystery and horror genres. Gwen Mayo and Sarah started Mystery and Horror LLC in 2011, after each had a novel published by another publisher.  Sarah's most recent non-MAHLLC publication was in Hoosier Hoops and Hijinks, an anthology from the Speed City chapter of Sisters in Crime. She co-wrote The Odds Are Always Uneven with Gwen Mayo, featuring characters from a novel they are writing together.
~ ~ ~ ~ ~
Debra H. Goldstein is the author of 2012 IPPY Award winning Maze in Blue, a mystery set on the University of Michigan's campus in the 1970's.  Harlequin Worldwide Mystery will be featuring Maze in Blue as an April 2014 book of the month. In addition to the recently published Who Dat? Dat the Indian Chief! in Mardi Gras Murder, Debra's Early Frost short story will be included in the April 2014 Birmingham Arts Journal.
Posted by Debra H. Goldstein at 5:30 AM