I write historical murder mysteries, and my chosen time period is the turbulent era of the 1960s. My work in progress is set in 1969, entitled Rainy Day Women. This time my amateur sleuth, Austin Starr, gets drawn into a murder investigation when her best friend, Larissa Klimenko, is suspected of killing a leader in the women’s liberation movement. The action takes place in those notoriously rain drenched cities of Seattle, Washington, and Vancouver, British Columbia. 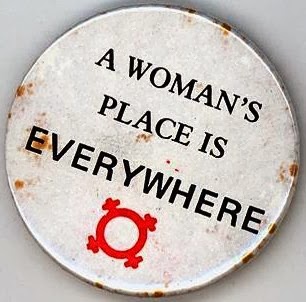 Like my debut book, Desolation Row, this second one takes its name from the title of a famous Bob Dylan song. Dylan’s oeuvre is so vast and so comprehensive that I can find almost anything I need to illustrate among his song titles. Luckily for me, titles of creative works are not covered by copy write law. When members of the boomer generation see the titles of my mysteries, almost all of them will know that the books will either take place in the sixties—or at minimum evoke them.

If you are reading this, you may scoff when I say that what I write is historical fiction. It’s not that long ago, you may think. Why, perhaps you yourself lived during that time. That cannot be history.

But, no, it is history. That time is dead and gone. Five decades gone.

Last week I spoke to classes at a community college in Alabama. Only about two in one hundred students had heard the name of Bob Dylan. Moreover, none of them knew why the United States was drawn into fighting a war in Vietnam. And none of them had ever heard of the “domino theory.”

Yep, stick a fork in the sixties. They are done.

One reason I choose to write about that time period is to describe its importance to those who know nothing about it. Reading fiction is an easy way to learn about history.

The other reason is to commemorate and revivify a part of American history that has had far reaching effects. Societal upheaval was so intense in the 1960s that the aftershocks still are felt today. We have only to watch TV news to see the rage called forth by the changing, broadening roles of women to realize that these ideas are not yet settled.

While Desolation Row looks at the consequences of the Vietnam War, the anti-war movement, and personal outcomes from military service...in Rainy Day Women, I explore the hopes for female improvement held by early members of the women’s liberation movement. 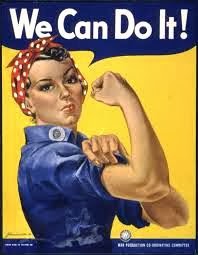 Participating in that movement was one of the most important intellectual endeavors I ever undertook. The magnitude of changes that the movement made in me cannot be underestimated. In my daily life, I speak occasionally about this, but I seldom hear others do so.

I know that there are other women whose lives were changed as mine was. I would love to hear your stories.

In my first book I used one real military tale from World War II. I felt it was almost a sacred experience that I didn’t want to disrespect by making up events…although I certainly fictionalized them enough so that no one can tell whose stories they were.

Similarly, in my new book, Rainy Day Women I would like to include a few real memories from real women who participated in women’s liberation groups.


Whatever you’ve got to share, I am eager to listen. Rest assured, I will not incorporate your words into my writing without asking your permission. I hope you will let me hear from you.