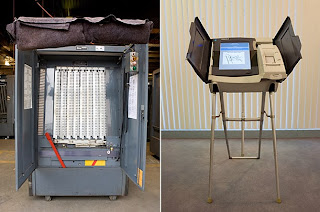 So the good news is my guy won.


Local elections were held last week. I thought there was a real difference between the two candidates, so had no trouble pulling the lever for my guy. Although sadly, with electronic voting, there is no actual lever to pull; no curtain to hide behind as I make weighty decisions. I'm old school and quite frankly, standing at a little kiosk to color in an electronic ballot too closely resembles taking the SATs. To finish off the event, I fed my ballot into what was the equivalent of a bank ATM.


But what the days leading up to the election taught me most was the desperate need for election reform. This was a county-wide election. The area population is a little less than a million. The ads and signage must have felled several forests. But what drove me absolutely insane were the robo-calls. Day after day I'd receive multiple calls, all for the same candidate. I kept begging to be taken off the list – to no avail.


I was sorely tempted to sit out the election as some form of protest – but good citizen that I am, that wasn't an option. Eliminating my landline wasn't an option either. I prefer the sound quality of my landline. I have caller ID on some of my phones – but not all, so there were times when I grabbed the phone without first checking to see if I recognized the caller.


If it's this obnoxious and intrusive for a local election, I shudder to think about the barrage of TV, radio, Internet, and mail ads, not to mention the constant phone calls for the mid-terms in 2014 and the Presidential election in 2016. As my mother, the original Evelyn would say, OY.


The Do Not Call registry never covered political phone calls. To be honest, the DNC registry is a bit of a joke anyway. When it's not election season,  I'm getting constant calls for new credit cards (no thank you) and to change my electric provider (also no thank you).


You can't physically invade my home without my permission. You can't harass me on the street. I can block spam from my inbox. But phone calls on behalf of democracy in action, seems like I just have to grin and bear it. But you can bet "my guy" is getting a letter offering my congratulations – and instructions to never call me again. 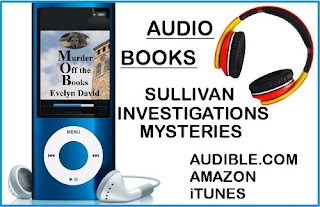 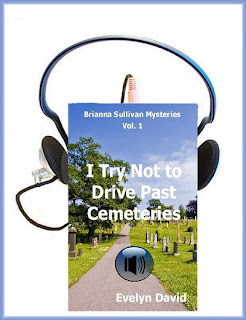 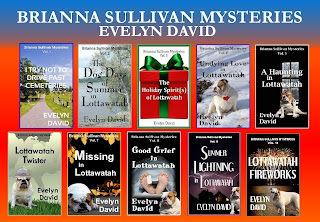 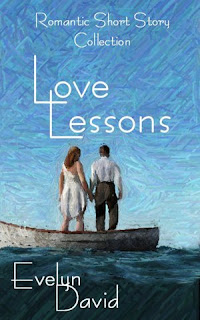