I wonder if you, dear readers, are old enough to recall an expression from back in the day—sometime in the 80s—when we said this: “Well, color me _____.”
That saying no doubt linked to having your colors done. When this was all the rage, I’d walk into a clothing store and a saleswoman would often ask or state…”Are you a summer?” “You must be a winter.”
Myself, I skipped the color consultants, figuring out my best colors were those I wore when friends said, “You look good in that.” (A magazine article advised that was the easier way.)

I hark back to that time now, and to that expression, since I wish to state two things:  Color me thrilled + Color me fall.

My name is Kay Kendall, and as a debut mystery author, I’m thrilled to be joining the Stiletto Gang and doubly delighted that two previous posters were rhapsodizing about my favorite season, fall.

Last week Dru Ann Love asked what readers’ favorite things were about the autumnal season. I will share mine now, if a bit belatedly. It is the colors of fall that most beguile me.

Oh my, there is that word again. Colors. The trees are vivid, in some falls more than others of course, but their leaves seem to come alive in the crisp air and in the slanted light. Sunshine itself has a different radiance in the fall. The sun’s light is not harsh, not coming straight down from the sky but aslant. This light is softer and bathes things in a kinder glow.

Even in south Texas where I live, where signs of autumn aren't as profuse as in other parts of the US, fall is still my favorite season. The light changes even here; the air cools some, gets a bit less humid. The trees, however, rarely turn to orange and red. It's estimated that once every seven years or so this corner of Texas will have some fall color. That happened my first season here. I thought it would happen each time October came around thereafter. But nope, no such luck. 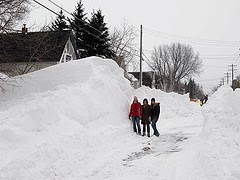 Fall of course is a prelude to winter, which I no longer dread. Being married to a Canadian, I spent fifteen long winters in Ontario. Not for the faint of heart. And mind you, those years were before global warming altered things. Now in Texas I can look forward to the dark velvet nights of winter when holiday lights shine, and they do not bounce off snow banks down here. Hooray. As The Husband is fond of saying, “You don’t have to shovel heat and humidity.”

My having lived in Canada explains why my debut mystery, Desolation Row, is set in Toronto. I learned a lot about our peaceful neighbor to the north and in my book treat it as a foreign country, not the fifty-first state that Americans often assume it is. But I have plenty of time to get into all that in the months to come. 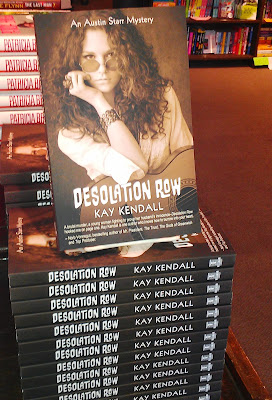 With my first post this fall, I start on my journey as a member of the Stiletto Gang and look forward to many, many seasons to come of sharing thoughts with you and the other gang members.

I’m just glad that it’s not a requirement that we wear stilettos. At five foot ten, I’ve no need of extra height, putting it mildly. My poor toes seem to shriek in horror whenever that Stiletto Gang logo pops up on my computer screen. I assure my feet that never again will they be stuffed into a tortuous shoe, a pointy-toed, high-heeled stiletto, all in the name of glamour.

Have you given up anything since you left your teens, twenties, or so on, and thereby become more comfy—if a pinch less glam? I propose a new expression. Instead of saying “sadder but wiser,” let’s say “more comfortable and wiser” as our years progress. What do you think?
Posted by The Stiletto Gang at 5:00 AM