Titles are interesting things. Often, they grow organically out of a work in progress, popping up on a dusty, finger-smudged screen, the author shouting, “Eureka! That’s it, that’s the title!” At least, that’s how it usually plays out for me.  I don’t think much about the title going in. Compared to the angst of getting a whole book on paper, the given name for any blood, sweat and tears of mine seems like well-earned dessert for eating all my peas. I’m partial to titles that play out in the narrative, so much the better if it shows up in a pivotal segment of dialogue. In BEAUTIFUL DISASTER, my protagonist gets the cue. He poses the phrase as an inner thought on the precipice of an intense romantic scene: 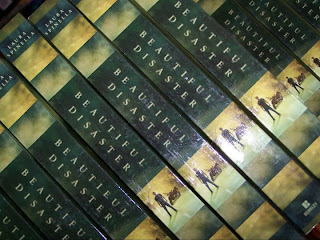 Flynn realized he’d said the last part with his eyes closed. When he opened them he was startled to find Mia two steps from his face. What the hell was she doing there, so close to him? She was so goddamn beautiful, and this… This showed all the signs of a beautiful disaster. He repeats it out loud near the book’s climax, as he leaves Mia for what appears to be the last time, saying, “I shouldn’t have come back here. Let it go, sweetheart. It… it was never anything more than a beautiful disaster.”
I remember typing those words, unsure if my novel would ever find a publisher. I did know, however, that I’d found my title. I had similar experiences with my trunk novels, as well as the novel that comes out next year. THE IT FACTOR is a phrase that personifies the idea of possessing every element necessary to succeed. It’s spoken first by the novel’s antagonist, and later used by the protagonist in what I saw as a clever play on words.

Turns out it’s not as clever as I thought. A few weeks ago my editor emailed, asking if I would consider changing the title. This came as no shock; publishers change titles all the time. In many cases, contracts stipulate that the publisher gets final say. It’s simply the way it works. I was lucky with BD, the title fit like a glove. And while my publisher toyed with the idea of changing it, everyone ultimately agreed that it was most representative of the story. Apparently, for the new book, THE IT FACTOR wasn’t quite the complement they had in mind.

So this was new for me, having to replace a title that was familiar and set. Without exaggerating, the feeling wasn’t too terribly different from someone asking me to change one of my kids’ names. Sometimes, I’d like to change their last name and address, but that’s a different blog. The point is I had few options other than to do this, to change THE IT FACTOR to… WHAT?  This is where the real problem came in.  For a person who claims a fairly fluid imagination, I was embarrassingly stumped. Editor and agent alike offered numerous suggestions while my friends, boss, relatives and next-door-neighbor chimed in with theirs. It became the center of every discussion and an ugly argument at Thanksgiving dinner. But no, nothing was right. Nothing sounded like the book I wrote or the point I wanted to convey. I was ready to give up, ready to give in to a sorta title. Honestly? I didn’t think I was off to a very good start with book number two. 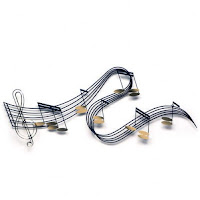 Disappointed, I mentally abandoned the problem, though I couldn’t shake the wise words of my agent. As we weeded through and rejected title after title, she kept one thought at the forefront, “Does it speak clearly about the novel… or to the audience?” Well, certainly nothing I’d dreamt up did. But then I began to think about the message, the story my protagonist was trying to tell. Well, Aidan Royce was a musician. Everything he conveys is set to music. He’s in love with a girl named Isabel, lyrical enough in its own right. From there I Googled musical terms until I stumbled across the word rhapsody, narrowing it down to its dictionary definition: a highly emotional work. And there was my Eureka! ISABEL’S RHAPSHODY. While it was methodical and meticulous—hardly the romantic process I would prefer—the title, ISABEL’S RHAPSODY, seems to fit like a glove.

Laura Spinella is the author of the award-winning novel, BEAUTIFUL DISASTER and the upcoming novel, ISABEL'S RHAPSODY. Visit her at lauraspinella.net
Posted by The Stiletto Gang at 12:00 AM