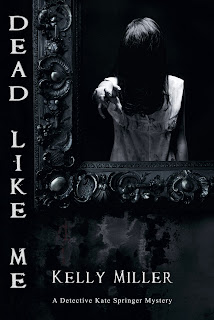 Are you a people watcher? If you’re a novelist, you should be. My husband says I have a bad habit. When I’m in public, I like to listen in on other people’s conversations. He says it’s rude. I say it’s research. I’m a writer, what do you expect? I enjoying watching people interact, listening to the nuances of how they argue or flirt.

Recently, I participated in a mock trial as a part of a market research study. I can’t provide any details because I signed a nondisclosure agreement, but the particulars aren’t important. For a mystery writer, this was just fodder that stirred up my creative juices. Personally, I have no interest in the law or writing courtroom scenes in my novels. What I enjoyed most was the people watching.

My fellow jurors were a mix of ages, races, and working backgrounds. What I found most fascinating was how our experiences, our life story shapes how we see things. We each enter situations wearing our own set of tinted glasses based on our past. Like when you’re at the optomologist and the doctor checks your eyesight to get just the right prescription. Each lens is layered on top of the other until your vision is clear and you can read the line of letters on the wall. This is how we walk through life, with each experience piled on top of one another like a series of lenses. Ultimately, the combination of them colors how we react to events.

Though I’m changing the exact details of the mock trial, I want to give you an example to illustrate this idea. One person who sat on the jury had a clear disdain for dentists. Under her breath, more than once, she expressed how her dentist had completely screwed up her teeth. Now this juror was hell bent on finding the defendant, who was also a dentist, guilty no matter what the evidence suggested. Not only did she believe he was guilty, but she was driven to make the rest of the jury agree with her. She interrupted everyone who spoke and tried to railroad the verdict.

I took this idea a step further, relating it to the types of stories I write. I thought about witnesses to a crime. Maybe a woman was attacked by a masked man and she only heard his voice. When she’s interviewed by a detective, she swears he’s an Asian man. That she could tell by his voice. Now is this true, or does she have some bias against Asian men? It’s something the case detective has to consider.

The experience of the mock trial will forever shape the writing of my future novels. I’ll always keep in mind that a witness to a crime may have an obvious bias that affects their statement. My first novel, Dead Like Me, debuted just a few days ago. It’s about Homicide Detective Kate Springer who’s blindsided when she discovers she shares a link with Tampa's newest murder victim. A troubled teen found strangled and dumped in a remote part of town. The bond between them threatens to expose Detective Springer’s past—a past she’s been hell bent on keeping secret. When the killer emerges from the shadows, Kate’s secrets aren’t the only thing on the line. So is her life.