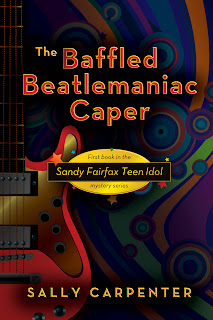 The modern era of teen idols exploded when a young Rickie Nelson sang “I’m Walkin’” on his parents’ TV show and the young girls across the nation watching the program that night fell in love with him.

Record executives realized they could quickly and easily promote their singers by starring them on a weekly TV show, a more efficient process than the occasional five-minute guest spot on a variety show.

Every teen idol of the 1960s and 1970s had his own TV show. The idol was generally paid little for his acting job, but he later reaped financial rewards through the record and concert ticket sales generated through the TV exposure.

The teen idol’s boom years coincided with his TV program. After the show was cancelled, the star’s album sales fell drastically and his career was over.

See if you can match the teen idol below with his TV show. Hint: one of these is a trick question.

A. The Monkees
B. Kroft Superstar Hour
C. The Andy Williams Show
D. Starsky And Hutch
E. Buddy Brave, Boy Sleuth
F. The Jacksons
G. The Partridge Family
H. The Adventures of Ozzie and Harriet
I. Getting Together
J. The Hardy Boys Mysteries
K. Three For The Road

If you don’t remember watching “Buddy Brave, Boy Sleuth” in your youth, don’t panic. I created “Buddy” and its star, Sandy Fairfax, for my debut mystery, “The Baffled Beatlemaniac Caper.”

“Buddy” is an affectionate send-up of the “personality cop” shows of the 1970s. That decade was filled with cops and detectives with loaded with gimmicks: “McCloud,” “Columbo,” “Kojack,” “Baretta,” “Cannon,” “Rockford Files,” and many others. Most of these shows were short on plot and logic, but heavy on style and charm.

American television from 1975 through 1980 is called “the fantasy era” due to the highly imaginative and entertaining but unrealistic programs of that time. “Buddy Brave” would certainly fit that mode.

Buddy Brave was a teenage undercover agent who worked for a secret government agency and had his own underground laboratory in the back yard. Not even his guardian knows of his ward’s detective work. On each episode Buddy managed to juggle his schoolwork and chaste girlfriends (he never got further than a closed-mouth kiss) with saving the world from dastardly crooks.

Each week the campy plots had Buddy and the pretty young female guest star trapped or tied up and facing certain death. When the girl wondered who would rescue them, Buddy always replied, “Don’t worry, I’ll think of something!” And sure enough, after the commercial break, Buddy found a clever way to escape.

Many TV shows of the ‘70s era had a pattern to the episode titles. “The Man from UNCLE” called each episode, “The So-and-So Affair.” “Wild, Wild West” used “The Night of the Such-and-Such.”

Likewise, each episode of “Buddy Brave” uses alliteration and ends in the word “caper.” Some of the episodes mentioned in the book are “The Different Drummer Caper,” “The Sultan’s Silver Caper” and “The Gruesome Gang Caper.” I’m using this same pattern for the book titles in the series as well.

“Buddy Brave” ran from 1975-79, a healthy run for teen idol show. In an effort to counteract “Buddy’s” popularity, ABC network premiered “The Hardy Boys Mysteries,” along with “The Nancy Drew Mysteries,” in January 1977. “Buddy” always earned higher ratings than the “Hardys,” which folded in only two years. Despite the on-air rivalry of the two shows, Sandy Fairfax was a good friend with the Hardy co-stars.

Like most successful TV actors, Sandy found himself typecast as his wholesome, loveable TV persona. My book is set in 1993 when Sandy is 38 years old. The fans still see him as Buddy Brave. In fact, when Sandy is making a guest appearance at a Beatles fan convention and a member of the tribute band is shot, the fans expect Sandy to solve the crime.

Sandy says, “I’m not a detective! I just played one on television!”
But as he starts mulling over the Beatle-ly clues and the police finger Sandy as the prime suspect, the schoolboy shamus is back in action to solve the case.

“The Baffled Beatlemaniac Caper” is available on Amazon.com and www.oaktreebooks.com. 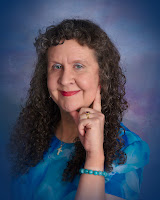 Sally Carpenter is native Hoosier now living in Southern California
She has a master’s degree in theater from Indiana State University. While in school two of her plays” were finalists in the American College Theater Festival One-Act Playwrighting Competition. The plays received staged readings and productions in New York City. Carpenter also has a master’s degree in theology and a black belt in tae kwon do. She’s worked a variety of jobs including actress, freelance writer, college writing instructor, theater critic, jail chaplain, and tour guide/page for a major movie studio. She now works for a community newspaper. She’s a member of Sisters in Crime/Los Angeles Chapter. Contact her at scwriter@earthlink.net .
Posted by The Stiletto Gang at 5:00 AM