Coming to a Television Near You 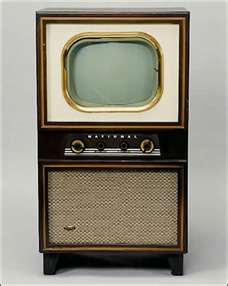 Today's blog is a perfect example of why everyone should write with a partner. This is Marian writing about Rhonda's interest in the upcoming television season.

Why, you ask? I mean there are really two questions. Why don't I, Marian, write about my own interest in the upcoming television season? That answer is easy. I don't watch much television other than cooking shows, old movies, and the news (and yes, I tape Extreme Couponing, but I'd prefer that not to get around). It's not that I'm averse to TV. I watched it nonstop for years. It's just lately, I haven't found a "must-see" show. When I do, I promise to put it on my DVR list.

Second question. Why is Marian writing about what Rhonda wants to watch this Fall? Again, easy answer. Rhonda's Mom is coming for a visit so there is whirlwind, power cleaning going on in Oklahoma. No time for writing blogs about television, let alone watching any.

Sooooo – the new television season begins this week. First, another question. Why do the television powers that be feel that the nation needs to watch a new version of Charlie's Angels? Have we not already goine through a half dozen Angels in its first incarnation, and then suffered through two movies of the same name? Is there nothing new that appealed to ABC?

Also, let me ask another question of those ABC television execs? Pam Am? Really? A show that focuses on pilots and airline stewardesses – when pilots were only male and stewardesses were only female? I'm all for retro, but can we skip some of the gender stereotypes?

Or how about the new show entitled The Playboy Club? Need I say anything??

NCIS – which has a strong ensemble with smart women and as she points out, what can be bad about a show that has Mark Harmon?

The Good Wife – again, strong, smart women, but Rhonda's complaint is that they have drawn out the will they-won't they relationship of Good Wife and handsome co-worker. Rhonda's no longer, pardon the pun, passionately interested in if they do or don't.

Parenthood – the writing and acting feels fresh to her. The Northern half of Evelyn David, who may not watch television but does follow the gossip columns, pointed out that Peter Krause and Lauren Ambrose are dating, and they play brother and sister on the show. Rhonda didn't know that little tidbit, nor care.

Harry's Law – it's all about Kathy Bates, who according to Rhonda, "I'd watch her eat."

As to new shows, Rhonda mentioned:

American Horror Story – think Dark Shadows, couple buys a house with a creepy creature living in the basement (in this real estate market, they're going to have problems with resale).

Hell on Wheels – think The Fugitive set in the post-Civil War era while building the transcontinental railroad. Confederate soldier searches for Union soldier who killed his wife (don't know if Union soldier has only one arm).

Romances
Love Lessons - Kindle - Nook - Smashwords
Posted by The Stiletto Gang at 5:08 AM