And Off We Went 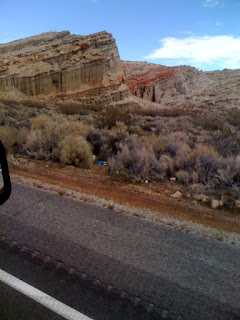 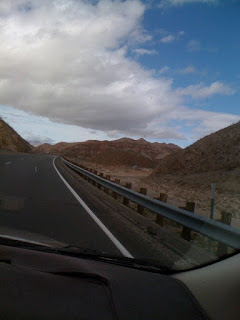 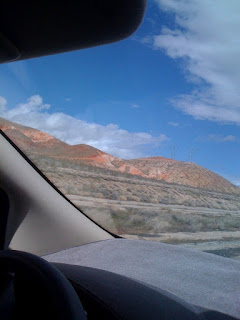 A very good friend of mine who now lives in Arizona (and is 80 plus) planned her next book tour for California. She had it all worked out, mainly hitting all the California Writers Clubs in the middle of the state beginning with Ridgewriters who are located in the high desert town of Ridgecrest. Inyokern and Trona are the only two other town anywhere around--bet you never heard of them either.

Ridgecrest is the home of the China Lake Naval Air Station--the home of many jet fighters, a battalion of Seabees along with all the Navy pilots and everyone who is there to maintain the base and the operations including many engineers. Oh, and as my husband always reminds me, a contingent of Marines for security.

Besides the families of all these people, a lot of retirees make their home in Ridgecrest, including those who retired from jobs on the NAS.

Somehow while my friend and the program chair of Ridgewriters were making their plans for the appearance, the dates got messed up. Ridgewriters expected my friend last Wednesday and she thought she was supposed to come this Wednesday.

At the last minute my friend asked if I could possible step in for her--and I said yes. (As it turned out, she'll be going tomorrow anyway--they are going to have two meetings this month, but they'd already publicized this first meeting.)

The drive to Ridgecrest takes about 3 plus hours (we always make a couple of stops on the way) but it's an easy drive with good roads and not much traffic--and great scenery. To get there we first must drive through the Tehachapi mountains (the home of the wonderfully engineered Tehachapi Loop where freight trains go round and round a large hill and the front end passes the back end--really fun to watch) and then we head out over the desert. There are abandoned houses, lots of Joshua trees and sage brush, sandy vistas that go on and on ending at mountains on either sides, and for a short while, a gorgeous vista of colorful cliffs.

Once we arrived in Ridgecrest, Mrs. Magellan guided us to our hotel which was a bit off the main road. Called Heritage Inn it had the grandeur of hotels from an earlier age with a huge lobby with comfortable chairs and couches and a wide, sweeping staircase to the second floor. Our room was large, nicely appointed and clean.

Next we asked Mrs. Magellan to take us to the restaurant where we were to meet some of the members of Ridgewriters for dinner. (We rely on Mrs. Magellan a lot--we no longer use Mapquest or even maps and we no longer argue about which way we should go.)

This is my fourth visit with this group which now meets in a retirement home, an upscale and extremely nice one. Only about 12 people showed up (obviously the word had gotten out that I was the replacement) and a couple of those were people who lived in the facility. My talk was about blogging and blog tours and those who came were quite interested in the topic and asked great questions.

Two of the attendees were young people (the rest were not) and I think they knew most of what I had to say, though the young man took lots of notes. Afterwards he told me that the last time I'd come had given him the incentive to keep on writing and he's since been published. That made the whole trip worthwhile.

And yes, I sold books--only 6, but that's pretty good when you think about how few people were there.

I truly like this group, the drive is enjoyable and I was happy to help out.

The hotel was the quietest I've ever slept in. Breakfast was free and you ordered off the menu in the restaurant of the hotel.

So all in all, it was a good time all around. I'll go there again if they ask.

Marilyn
http://fictionforyou.com
Posted by The Stiletto Gang at 3:55 AM