From Stage to Page with Barbara Kyle 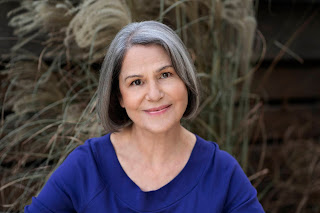 I’m often asked if my previous career as an actor helped my writing.

Yes, it certainly did.

Acting gave me a deep appreciation of strong story structure, because it’s hard to act in a script that has weaknesses like unfocused conflict or unmotivated turning points or a feeble climax. That stayed with me in writing my eleven novels.

Photo: With crew members (me in 19th-century bonnet) on the set of the TV series "The Campbells"

And, of course, it helped me in crafting a novel’s dialogue. I often advise emerging writers to develop an “actor’s ear” by listening carefully to how people talk. For a writer, eavesdropping is good!

There are also parallels between rehearsing a play and writing a novel. An acting company often gets just four weeks’ rehearsal. That’s not much time to get a play up "on the boards,” so each week has definite goals.

Photo: Me (standing) and Dawn Wells ("Marianne" of "Gilligan's Island" TV series ) in the play "Vanities."

The first week is spent just on "blocking," working out which characters move where and when. The next couple of weeks are dedicated to detailed scene development, working on individual scenes and delving for motivation and pacing. Not until the final week does the cast do run-throughs of the whole play, followed by technical rehearsals (sound cues and light cues) and finally the full, dress rehearsal.

If, instead, the company plunged from day one into running through the whole play over and over with full cast and tech effects, the result would be weeks of chaos, and the final product a mess. The rehearsal process has to be done in manageable segments.

So it is with writing a novel. No writer would be so foolish as to expect “perfection” in a first draft. It takes several, and each draft has a function: from the creation of the raw plot, to drafts that deepen characters’ relationships, enrich pivotal scenes, and hone dialogue, to the final draft for polishing.

Speaking of the acting/writing connection, here’s a bit of sweet serendipity. Not long ago I got a note from a writer who told me he was at work on his first novel and subscribed to my News for Writers emails.

He said that after enjoying my writing advice emails for many months, it suddenly struck him that he knew me from years ago: that the author Barbara Kyle was the actor Barbara Kyle he’d worked with when I appeared in several episodes of the TV series The Littlest Hobo.

Imagine my delight when I read the signature: the note was from Christopher Dew who'd created and produced that very successful TV series.

I’ve so enjoyed reconnecting with Christopher. His debut novel, Ulysses-Comin' Home, has just been published. Here is its beautiful cover. 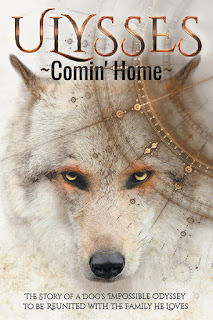 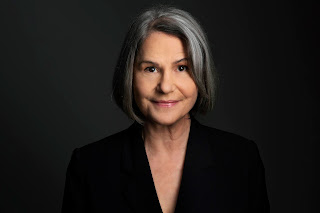 Barbara Kyle is the author of the bestselling Thornleigh Saga series of historical novels and of acclaimed thrillers. Her latest novel of suspense is The Man from Spirit Creek. Over half a million copies of her books have been sold. Barbara has taught hundreds of writers in her online masterclasses and many have become award-winning authors. Visit Barbara at https://www.barbarakyle.com/