An Exercise in Motivation 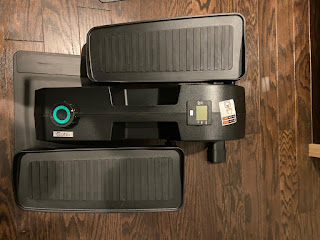 An Exercise in Motivation by Debra H. Goldstein

People who exercise have always fascinated me. One of my friends thinks she’s in heaven if she gets two long walks in during a day; another one can’t survive without at least four yoga classes a week; one installed a dance bar and mirror in her home because ballet moves make her happy; and, then there’s the one who doesn’t feel satisfied unless he does an equipment circuit followed by at least a mile of laps in the pool. Although I like these people, I don’t understand them.

Exercise does not send little happy messages to my brain. It doesn’t make my aches and pains of aging go away. Rather, it usually increases them - like the time I raised my arm over my head and tore my rotator cuff. Despite various promises to myself that I will exercise, I usually can find an excuse to avoid it.

The pandemic proved to be a great excuse. After all, we were told to stay out of crowded places where people touched everything. That took care of the gym. We were told to wear masks. A bathing cap is one thing, but the thought of breathing through a soggy mask in the pool was too gross to even try. Rain and cold weather precluded outdoor walking (at least for me – you should have seen my diehard neighbor in her Northern long winter coat, earmuffs, and gloves breaking a sweat). But, I knew I had to make an effort.

So, after much TV watching of people sitting on a couch and peddling what looked like an elliptical that lost its top, I ordered one. It is cute and neither it nor the pad to keep it from sliding on the floor take up much room in my office. To motivate myself, I said I could watch a show with talking heads (and the time in the corner of the screen) only if I was peddling. It worked until the night I was too tired to do anything except watch from the comfort of my oversized large chair.

Eventually (several days later), I forced myself to go back to my routine. Things seemed to be going reasonably well with my modified exercise program (it wasn’t daily because, as I told myself, my body needed to only be stressed alternate days), until disaster struck. I went to move my Cubii Jr and somehow I picked up the slip pad, the telephone rang, I dropped the pad, and when I came back, I discovered the pad had dropped draping the machine like a shroud. I haven’t had the heart to move it. 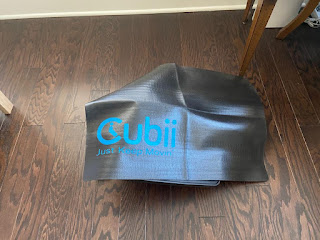 There are times that my motivation to write is like my desire to exercise – shrouded. All the carrots I dangle in front of myself – I have a good idea, it’s nice to see a piece accepted, this is why you left your day job, so you really should put some effort into it, are meaningless. The adage of just putting my bottom in my chair and writing only works as far as where I place my derriere.

I tell myself that not writing, like not exercising, is bad for me. My mind counters that by noting I’m still alive, so not exercising hasn’t compromised me too much. But then, I realize it has. I weigh more and lack the stamina for going up hills or walking long distances that I had a few years ago. I understand that if I don’t start moving, there won’t be as many options for me to move in the future. It’s the same with my writing. If I don’t do it, the momentum I’ve started building will die and the ideas will shrivel in my brain. Not a pleasant thought.

It’s time to start writing and then to uncover my Cubii Jr. What about you? What writing or reading goal is it time for you to uncover (and how do you feel about exercise?)?