Superstitions: The Nutty Ties that Bind Writers and Actors 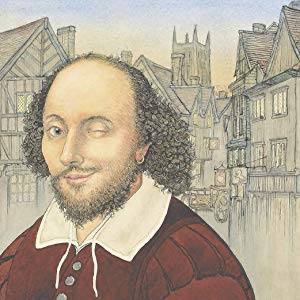 Shakespeare was an actor. So was Dickens.

In a way every writer is, because when we create stories we play all the roles inside our heads. It’s part of the joy of writing.

Before becoming an author I enjoyed a twenty-year acting career (here I'm with Bruce Gray when we starred in the TV series High Hopes) and I’ve found many commonalities between the two arts.

One of the most interesting commonalities is superstitions.

Actors are obsessively superstitious about many things, and one in particular: the name of a certain play by Shakespeare, the one in which a certain Highland lady can’t get blood off her hands. Actors won’t say the name of this play inside a theater. Instead, they call it “The Scottish Play.” Why? Because it carries a curse.

- At its first performance in 1606 the actor who was going to portray Lady Macbeth (a boy in those days) died suddenly and Shakespeare was forced to replace him.

- In 1957 actor Harold Norman, playing the lead role, died after his stage battle with swords became a little too realistic.

- During a performance starring the famous Sir Laurence Olivier a stage weight crashed down from above, missing him by inches.

And what if an unsuspecting soul makes the error of uttering the name of this play inside a theater? Is there a spell to remove the curse?

Yes, there is. You leave the theater, spin around three times, spit over your left shoulder, and either recite a line from Shakespeare or spout a profanity. Got it?

Writers have superstitions too and they’re just as weird. Here are three that many writers hold:

- No chapter can be 13 pages long because that number brings bad luck. Any chapter that ends on page 13 must be revised to make it 12 or 14. (By the way, there’s a name for the fear of the number 13: triskaidekaphobia. Try saying that three times fast!)

- Many writers can’t write unless they’re wearing a particular “lucky” piece of clothing, like a certain sweater or a pair of slippers or a hat.

- Some writers won’t give characters the same initials as friends — otherwise, the person might suddenly have bad luck. 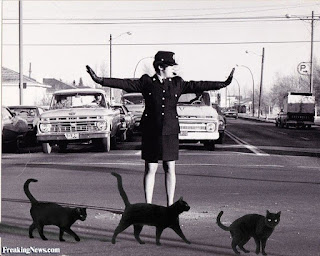 Some famous writers had their own pet superstitions:

- Alexander Dumas, author of The Three Musketeers, had to write all of his fiction on blue paper, his poetry on yellow paper, and his articles on pink paper. No exceptions.

- Charles Dickens had to place the ornaments on his desk in a specific order before beginning to write.

- Truman Capote refused to begin or end a piece of writing on a Friday.

- J.K. Rowling’s superstition is to hold off titling a piece until it is complete. She said on Twitter: “I only type the title page of a novel once the book is finished.”

If you’re thinking actors and writers are a bit nuts, you’re not far wrong. After all, we spend our days with imaginary people. As John Gardner said, “One must be a little crazy to write a good novel.”

But it’s a happy madness. One meets such interesting (imaginary) people!

So now I’ll cross my fingers, touch wood, toss grains of salt over my left shoulder, and get back to work on my new book. 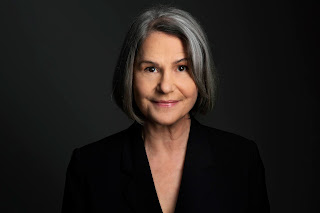 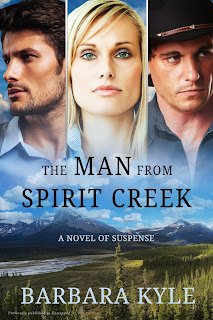 The Man from Spirit Creek
When Liv Gardner arrives in the rural town of Spirit Creek, Alberta, she has nothing but her old car and a temporary job as paralegal with the local attorney. But Liv’s down-market persona is a ruse. She is actually in-house counsel of Falcon Oil, a small oil and gas company she co-owns with her fiancé, CEO Mickey Havelock – and they are facing financial ruin.

Farmer Tom Wainwright, convinced that lethal “sour” gas killed his wife, is sabotaging Falcon’s rigs. But Wainwright is clever at hiding his tracks and the police have no evidence to charge him. With the sabotage forcing Falcon toward bankruptcy, Liv has come undercover to befriend Wainwright – and entrap him.

But Liv never dreamed she’d become torn between saving the company she and Mickey built and her feelings for the very man whose sabotage is ruining them.

On a rain-swept night, Spirit Creek is stunned when one of their own is murdered. The evidence does more than point to Tom Wainwright . . . it shatters Liv’s world.

The Man from Spirit Creek is available in paperback, ebook, and audiobook.