From Broadway to the Grand Old Opry? 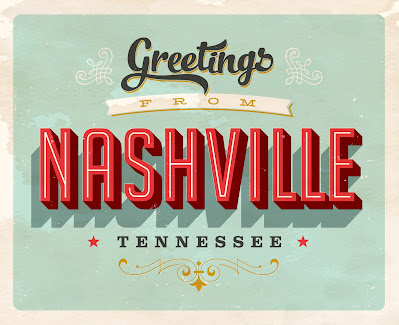 Two years ago my younger son, his wife, and their two little boys moved to Nashville when my daughter-in-law’s company decided to transfer their corporate headquarters from Manhattan to Nashville. When that happened, my husband and I no longer had any family we could rely on in the NY Metro area. What would we do if one of us became ill or infirmed? That was a sobering thought.

When I was in my thirties, I helped care for a good friend who had developed Lou Gehrig’s disease. I know all too well what it’s like to single-handedly maneuver a six-foot man from a wheelchair into a car. I could barely manage the feat back then. I’m quite a bit older now, and I know there’s no way I could do what I did back then at this stage in my life.

When we moved to our current downsized house twenty-three years ago, we thought we’d live out the remainder of our days here, but we were now confronted with the prospect of moving out of state. We have two sons—the one in Nashville and his older brother, who lives with his family in the San Francisco Bay area. Real estate dollars go much further in Tennessee than they do in California.

We had decided we’d put our home up for sale once we both had secured vaccinations and the pandemic was behind us. The universe laughs at me at lot, though, and this was one of those times. The first week in March saw multiple news stories about the booming real estate market in towns with good schools and an easy commute into Manhattan. We live in such a town. Demand is high, especially for smaller homes like ours, and inventory is extremely low. Multiple offers and bidding wars are now the norm. The next thing I knew, we were getting our home ready to put on the market.

I’m a Jersey Girl, born and bred. Other than a stint in Philadelphia and its suburbs, I’ve lived my entire life in the Garden State. I love Broadway theater and spending hours wandering through Manhattan’s many museums. I much prefer the Metropolitan Opera House to the Grand Old Opry. Don’t get me wrong, Nashville is very nice. We’ve visited quite often the last two years. But it’s just not where I’d prefer living if I had my druthers.

And then there’s Anastasia. What am I going to do about her? She’s also a Jersey girl. All of the Anastasia Pollack Crafting Mysteries are set in New Jersey and Manhattan. Will she and her family make the move to Nashville? Personally, I think she’s going to dig in her heels and demand to stay put. However, I have time to figure that out. I’m not quite halfway through writing the tenth book in the series. For now, unlike her author, Anastasia doesn’t have to worry about becoming a southern transplant.