Join us in celebrating the latest books written by our blog mates! 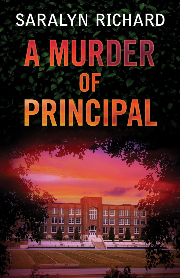 A MURDER OF PRINCIPAL - A million stories beyond the flagpole...

A MURDER OF PRINCIPAL starts when a maverick principal comes in with a student-centered agenda, and there’s no more business as usual at Lincoln High School. Killing the principal is just the beginning…

Someone sets fire to Lincoln High and kills its new principal. Chaos threatens to overtake the urban school. Assistant Principal Sally Pearce, hired by the deceased principal to help him revamp and change the culture, vows to carry on the mission. In doing so, she gets caught up in gang threats, racial tensions, grievances, sexual harassment complaints, and the murder investigation, as well.

Sally never dreamed, when she stepped up to lead this culturally diverse school, that she would be faced with solving a mystery and returning the school to order. When a second murder happens on school grounds, Sally realizes she is trapped in a cycle of violence that must be stopped. 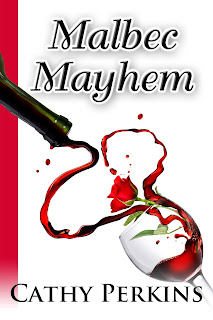 MALBEC MAYHEM - Mix a Spanish chef with an Italian winemaker and create some mayhem…Malbec Mayhem!

Successful restaurateur Alex Montoya’s charmed life has hit a snag. His trusted business partner turned out to be not exactly trustworthy, and Alex could be facing jail time over some of his partner’s shady financial deals. As if that weren’t bad enough, creditors are calling in loans he didn’t know he had and he’s desperate to prove his innocence before all his businesses are repossessed.

After a career-building stint in Napa Valley, Sofia Pincelli has returned home to eastern Washington to take over the family’s winery. Running the family business, however, means dealing with her ailing father’s constant micro-management—and his disapproval of Alex. Her father’s condemnation of Alex’s rumored involvement in his business partner’s schemes runs so deep, it threatens Alex and Sofia’s blossoming romance…along with the Pincelli family’s signature red wine. Sofia needs Alex’s crop of Malbec grapes to show her father she has what it takes to make award-winning wine—and save the reputation and finances of the Pincelli winery.

When the Malbec grapes go missing, Alex and Sofia must join forces to find the fruit before it spoils—or risk destroying both of their businesses and their hearts. 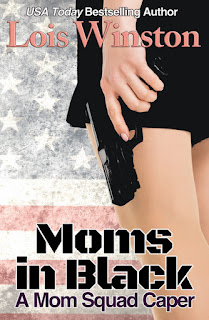 When Cassandra Davenport applies for a job at www.savingtheworld.us, she expects to find a ‘green’ charity. Instead, she becomes the newest member of a covert organization run by ex-government officials. Dubbed the Mom Squad, the organization is the brainchild of three former college roommates—attorney general Anthony Granville, ex-FBI agent Gavin Demarco, and tech billionaire Liam Hatch—all of whom have lost loved ones at the hands of terrorists. Financed by Hatch, they work in the shadows and without the constraints of congressional oversight, reporting directly to Granville.

Demarco heads up one of the six groups that comprise the new operation. He hires Cassandra as the newest member of his New Jersey based team. In the course of monitoring possible terrorist threats, the Mom Squad discovers a link to Cassandra’s ex-husband. Before she’s fully trained, Cassandra is thrust into a world where her ex may be involved with radicalized terrorists bent on killing as many Americans as possible.