It's Deception - Not Anticipation 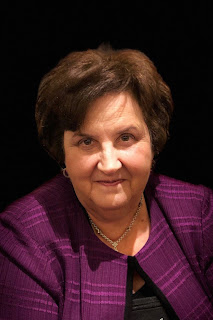 It’s a word that rolls around my tongue and brain with ease. Different dictionaries shade its definition:

a: the act of causing someone to accept as true or valid what is false or invalid

b: the fact or condition of being deceived

c: something that deceives (Merriam-Webster)

The act of hiding the truth, especially to get an advantage – Cambridge Dictionary

A misleading falsehood. misrepresentation, deceit. bill of goods - communication (written or spoken) that persuades someone to accept something untrue or undesirable – The Free Dictionary

As a mystery writer, my writings incorporate deception to engage and challenge readers. If in my everyday life, I tell a little white lie, I am using deception to make my point or shield someone from the truth.

Lately, I’ve found deception in my writing and my life are combining against me. I say I’m writing my fifth Sarah Blair mystery and technically I am. I write 3000 words and then delete them; I write another 3000 words and then I move them to another place in the book or into my discard bin. What I’ve finally realized, after two weeks of this is that I’m not challenged by covid brain or anything except – deception. I’ve been deceiving myself into thinking the book is working, the prose is smooth, and that the public will like it. They won’t. Why? Because I don’t like it. The book isn’t moving fast enough, and after much thought, I’ve realized why. I’m laying out too much backstory rather than tweaking moments of deception into my tale.

It sounds like a simple fix. But that would be deceiving myself. I’ve got to rethink and rewrite from scratch. That’s the truth. That’s the fact. Oh, how I wish it were merely a moment of deception. I anticipate otherwise.