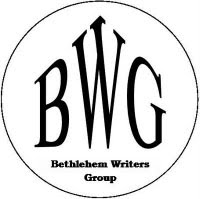 My first published short story, "Nectar of the Gods," appeared as the featured story in the February 2013 issue of the Bethlehem Writers Roundtable. The Roundtable, formerly a monthly and now a quarterly online publication, is the labor of love of the Bethlehem Writers Group, organized in 2006 to provide critiques and support for its own members as well as help other writers see their work in print. I saw the deadline to submit for that first story just as I had decided to put a renewed focus on my writing.After learning that my story had been accepted, I decided to submit to the Group's annual short story contest. I was over the moon when my submission, "Long in the Tooth," received third place with Hank Phillippi Ryan as the celebrity judge. The story appeared in the June issue and later was included in Let It Snow, a Bethlehem Writers Group print anthology.

My sci-fi/fantasy short "Apple's Lure" was in the July/August 2014 issue. And, this year, I received the fabulous news that my "Cosway's Confidence" won second place in the annual contest, with Peter Abrahams aka Spencer Quinn as celebrity judge.

I've learned so much from working with the BWR editors and I truly appreciate their confidence in me.

Beginning January 1, 2021, the BWR's Short Story Award is open for submissions. The theme this year, interpreted broadly, is "An Element of Mystery," and the celebrity judge is Charlaine Harris.

Submissions must not be more than 2,000 words and an entry fee of $15.00 is required for each submission. Check this link for more information.