Updates from the Inside 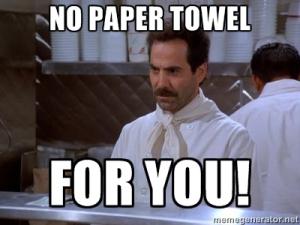 COVID Update: Social distancing and sheltering-in-place continues, my time spent googling “how to look good on webcam” has increased and Facebook ads have become increasingly applicable.  Why, yes, I do want that ridiculous photography gadget.  However did you know? I have learned that even with headphones on my daughter yells at her online schoolwork games like they’re sporting events.  “Giraffes don’t belong there!”  As part of my attempts to maintain my introvert lifestyle and avoid my family who are now EVERYWHERE I have started reading romance novels on Radish, an app for episodic romance novels that lets you browse by your preferred trope.  Werewolf biker romance?  Sure, why not.  Anything to forestall another round “do we have any more paper towels?” Because no, we don’t.

Regular Update: I have a new book coming out!  In fact, I have two.  Shark’s Fin is a mystery thriller and book four of the Shark Santoyo Crime Series.  It arrives in May and because there’s a wee bit of a cliff hanger, I’ve decided to put out book five, Peregrine’s Flight a month later.  The Shark series is ridiculously fun to write, with wickedly good good guys and wonderfully bad bad guys, each book takes readers on a fresh adventure as Shark and Peri inch closer to taking down the big mob boss.  It’s gritty, funny, and full of twists and turns, you can blast through all three Shark Santoyo novels on Kindle Unlimited and then pick up Shark’s Fin in May and Peregrine’s Flight in June!

Book 4 of the Shark Santoyo Series
Release Date: May 12, 2020
When Shark Santoyo made a deal with the FBI to flip on Geier—the boss of The Organization— he thought he’d be done in a few weeks. But six months later Shark is faced with an FBI handler who is working against him, an assassination investigation and an increasingly erratic Geier. But as the threats mount, Shark realizes that if he wants to make it out of this mess alive, he’s going to need the help of the only girl who has ever held his trust and his heart—Peregrine Hays.  Peri and Shark believe together they can make it through anything. But they’ve never taken on both the FBI and Geier before.

Praise for the Shark Santoyo Series: "Anti-heroes, bad guys, uncles and the dynamic crime-fighting duo of Shark and Peri equal reading bliss, especially if you like some heart, brains and wit with your down-and-dirty grit. All I can add is READ IT." --Tome Tender Book Blog