Pets in Fiction by Kathryn Lane 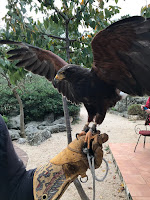 The book review section of the Wall Street Journal recently featured an essay based on The Falcon Thief, a “tale of adventure, treachery, and the hunt for the perfect bird”. The title aroused my curiosity since a middle eastern character in my latest mystery thriller, Revenge in Barcelona, gallantly tethers a Harris hawk to a thick leather vest on his shoulder.

As I read Hammer’s essay, I pondered why authors of novels and cozy mysteries include pets, especially feline and canine types, in their fictional stories. Of course, tales of other animals – horses, whales, elephants, chickens, and snakes have made it into print over the years.

In the Taste Too Many series by Debra H. Goldstein, a feisty Siamese, RahRah, plays a central role. Three cozy mysteries strong, the alpha male RahRah has company starting in book two - a dog named Fluffy. RahRah occasionally gets jealous of his canine friend.

A few particularly perceptive pets help solve crimes. Octo-Cat, a talking feline, helps a pet whisperer P.I. find the guilty killers in Molly Fitz’s series. Unlike Octo-Cat, neither RahRah nor Fluffy in Goldstein’s cozies manage human-speak, but they are fully supportive of Sarah, the amateur sleuth.

Within the realm of fiction, most pets are the adorable “best friend” type, as they are in real life. Even a K-9 handler becomes extremely close to her police dog. Cats have starred in poetry, especially in children’s books, like T.S. Eliot’s Old Possum’s Book of Practical Cats, the inspiration for Andrew Lloyd Webber’s Broadway musical. 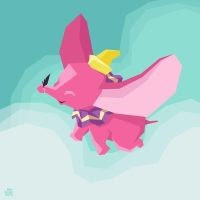 People love pets. So it’s reasonable to think that authors who bring a pet into a fictional book are imitating real life. And that’s what a lot of fiction is about – making the story sound real. Dumbo, the pink elephant, lets children suspend reality and accept Dumbo’s fantasy world. Fantasy becomes the new reality.

However, The Falcon Thief, by Joshua Hammer, is non-fiction. In Hammer’s book, birds of prey are not characters, but victims of a cruel black market. The novel deals with a smuggler stealing raptor eggs in South America for the Middle East market. The story also ventures into the black market of other species, often endangered ones.

In fiction, pets liven up a book, entertain readers, and make the setting of the story warm and engaging. As I learned in The Falcon Thief, non-fiction brings out another slice of real life, crimes that are committed to make money by smuggling animals, reptiles, and birds.

Fiction is entertainment. Reading mysteries, sci-fi, fantasy, or romance lets us escape our own routine lives and casts us into a role where we become part of the protagonist’s world, participate in his or her investigative escapade, imagine ourselves traveling to unknown universes, envision the wonders of a magical voyage, or feel the passion of romance.

As for my own writing, I will continue to pen suspense and mystery novels that include pets. My upcoming novel, Colonel's Dilemma has a clowder of cats; Danger in the Coyote Zone (2nd edition coming in June) includes a crow, who like a parrot, has a limited vocabulary, and  Shaheen, the Harris hawk of my latest thriller, Revenge in Barcelona, does not talk, but loves to hunt.

Originally from Mexico, Kathryn Lane was an artist in her early years. To earn a living, she became a certified public accountant and embarked on a career in international finance with a major multinational corporation. She left the corporate world to plunge into writing mystery and suspense thrillers. In her stories, Kathryn draws deeply from her Mexican background as well as her travels in over ninety countries.

All photos are by the author, except for:
Dumbo (Unknown author, Creative Commons at creativecommons.org)
Book image for Three Treats Too Many (www.Amazon.com)