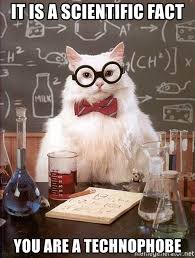 As we, or at least some of us, continue to stay home in attempt to not spread disease several things have become apparent.  First and foremost, lighting matters.  I mean, I always knew that fluorescent lights sucked, but nothing makes the members of a Zoom meeting ask Dear God, when did Miss Havisham get here? like bad lighting.  Also, painting walls has become of huge concern to me.  We’re having so meetings in the homes of others and all I can think is… Color.  It’s called color.  The world is full of it.  Why is NONE of it on your walls?  And no off-white doesn’t count.  Off only counts as a thing when it’s next to Broadway.

Next up: aging and technology.  No one expects Nana to be up on Tik Tok, but in recent times it has quickly become apparent who has been keeping up, at even a minor level, on technology.  This has reconfirmed my resolve to learn at least some basics in a technology even if I don’t “like” it.  At some point I will be older than the dirt on which I’m standing and I don’t want some young whippersnapper having to explain to me that emails don’t live on my computer.  Or whatever the future version of that is.

To help me in that goal, and just as though I had spare time coming out my ears, I signed up for a course on Amazon ads. The first week has been a fascinating delve into testing ads and ad copy and basically to do all those things that I generally avoid because I don’t “like” it. So, goal… accomplished.

I hope all of you are keeping well and if you’re being forced to do something you don’t like, I hope that it will at least benefit you and yours in the future.

Here is a sampling of my new ad copy:

Shark's Instinct
Shark’s InstinctGet the money. Get the girl. Get out. But with traitors and a brewing gang war on his heels, will Shark’s instincts keep him alive or get him dead?


The Second Shot
A Romantic Suspense with feminist flair, The Second Shot delivers a one-two punch of passion and action that will keep you turning pages.

Bethany Maines is the award-winning author of the Carrie Mae Mysteries, San Juan Islands Mysteries, Shark Santoyo Crime Series, and numerous short stories. When she's not traveling to exotic lands, or kicking some serious butt with her black belt in karate, she can be found chasing her daughter or glued to the computer working on her next novel. You can also catch up with her on Twitter, Facebook, Instagram, and BookBub.
Posted by Bethany at 2:00 AM