Love and Presidents are in the Air

This year, the two mid-February holidays--Valentine’s Day and Presidents’ Day--happen to border a long celebratory weekend. As part of the “love fest,” I’ve been encouraging folks to consider a recent anthology to which I contributed. 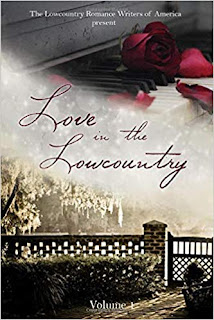 Love in the Lowcountry features stories that take place during the winter holidays, from Thanksgiving through New Year’s Day, but the location of each story, Charleston, S. C., is well worth a virtual vacation during any time of the year. The anthology includes stories from experienced as well as debut authors, some sweet and others for mature audiences, some present day while others take place in historical periods. My story, “Wisest, Swiftest, Kindest,” allows two English graduate students to time travel back to Charleston of 1936 to meet DuBose and Dorothy Heyward at the new Dock Street Theater following the year that Porgy and Bess failed on Broadway. Some of the stories have paranormal elements. All provide delightful couples finding their own happy endings.


If you would like to do a little combination reading for the holidays, why not check out some books about Presidential love stories? Here are a few you might want to consider: 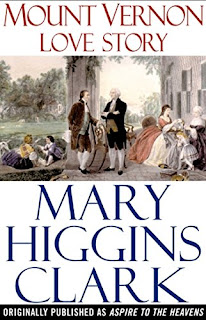 Mount Vernon Love Story (2002), first issued as Aspire to the Heavens (1969), was Mary Higgins Clark’s first novel. It was inspired by research she conducted for a radio program about George and Martha Washington’s relationship. My Dearest Friend: the Letters of Abigail and John Adams (Harvard University Press, 2010) features correspondence from forty years between the second President and his wife.

Irving Stone’s The President’s Lady (1996) and Patricia Brady’s A Being So Gentle (2011) survey the romance between Rachel and Andrew Jackson. 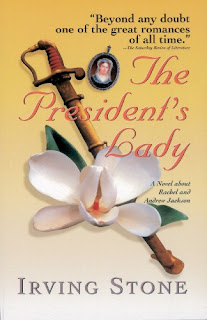 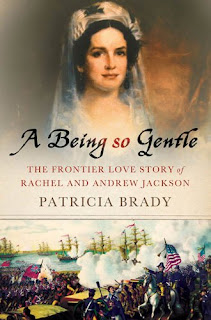 Courting Mr. Lincoln (2019) is Louis Bayard’s novel told in alternating voices by Mary Todd and Lincoln’s roommate Joshua Speed to reveal the complex, often misunderstood relationship between the President and his wife. 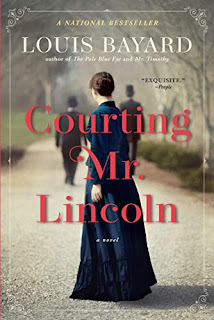 Kristie Miller’s Ellen and Edith (2014) explores the lives of Woodrow Wilson’s wives and their influence on the President and the country. 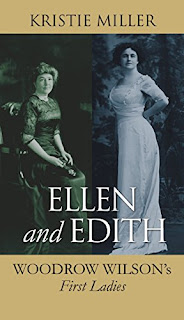 George and Barbara Bush: A Great American Love Story by Ellie LeBlond Sosa (the President and Mrs. Bush’s granddaughter) and Kelly Anne Chase, with a Foreward by President George W. Bush, tells about the seventy-seven year love story between the 41st President and his beautiful bride. 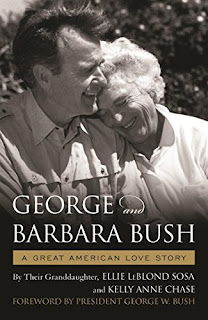 What are you reading for the Valentine’s Day/Presidents’ Day weekend?
Posted by Paula Gail Benson at 12:00 AM