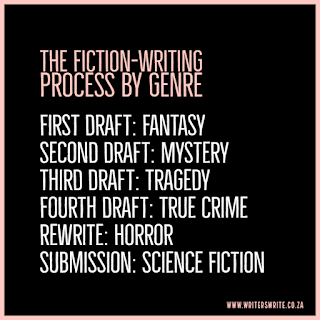 One of the best parts of the Stiletto Gang is hearing about the spectrum of genres that our authors work in.  I work in several and I know that can get confusing for readers, so here’s a primer of genres and how they apply to me.

Mystery – A detective either professional or amateur must attempt to solve a mystery, usually a murder.  In my San Juan Island Mystery series amateur detectives Tish (an ex-actress) and her grandfather Tobias (an ex-CIA agent) solve murders in the San Juan Islands of Washington State.
Learn more: www.bethanymaines.com/sanjuanislandmysteries/

Crime – The main plot revolves around some form of crime. There can be elements of deduction and mystery, but the main elements involve some sort of criminal behavior.  In my Shark Santoyo Series, Shark is attempting to navigate his way out of the criminal life, but faces enemies on both sides of the law.
Learn more: www.bethanymaines.com/shark-santoyo/

Thriller – While a mystery detective finds a crime and steps in to solve things, the thriller protagonist has the crime happen to them and must fight their way out to simply get back to his or her ordinary life.  In my Deveraux Legacy Series, the Deveraux family must face a series of antagonists who seek to bring them down.
Learn more: www.bethanymaines.com/the-deveraux-legacy/

Romance – A book where the relationship between the two protagonists takes center stage.  The best part about Romance is that like a good wine, it pairs well with anything.  Most of my novels contain an element of romance, but not all of them push the romance to the forefront.  But in the Deveraux Legacy series, each of the cousins will find love while battling the baddies, making the series genre “Romantic Thriller”.
Want a free romantic thriller from me?  Get Blue Christmas today: https://dl.bookfunnel.com/to271maetc

Science-Fiction – Sci-fi explores the future of science and humanity as they intertwine.  I participate in an anthology series called Galactic Dreams that translates fairy tales to science-fiction.  Each author in the anthology assists in building the shared universe of Galactic Dreams, meaning that each of our stories share the same background, timeline and rules.
Learn more: www.bethanymaines.com/galactic-dreams/

Fantasy – Fantasy stories contain elements of magic and wonder.  My mother read us The Hobbit when we were quite young and so I always assumed that fantasy was something that everyone enjoyed. Then I grew up and realized that some people think that it’s not “real” literature (what does that even mean?!) and sometimes hate it for appearing to have no rules if magic can simply make things happen.  So fantasy is my little secret.  I don’t write a lot of it, but I periodically dabble to make myself happy.
Learn more: www.bethanymaines.com/scifi-fantasy/