Caught in the Rapids - a guest post from Annette Dashofy

As I write this, it’s pre-dawn, I’m under-caffeinated, and I’m thinking profound thoughts about how my life is like a river. For the last few months, it’s been meandering through a long stretch of winding bends, but now it’s picking up speed, heading into a series of whitewater rapids.


I’d intentionally taken the winter and early spring “off” from events and appearances. I had cataract surgery and physical therapy for a frozen shoulder that had plagued me since last fall. My hubby had rotator cuff surgery. Yes, we’re on a first-name basis with everyone at our local PT office.


On top of trying to get myself and Hubby put back together, I had a book to write. So I made good use of those months of staying home, drifting along the lazy river of my life. 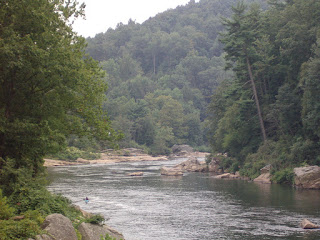 My cat loved having her humans home with her all the time.


Then I hit the whitewater, first with Malice Domestic Mystery Convention, where I was nominated for the Agatha Award for Best Contemporary Novel. I didn’t win, but I was able to play dress-up and have a few Cinderella days before my party dress turned back into yoga pants. I’m in the middle of a blog tour. I have a book due to my publisher the first of next month, which is placing me squarely in the middle of Deadline Madness.


And Fair Game, the eighth book in my Zoe Chambers Mystery Series, hits stores tomorrow, May 14! 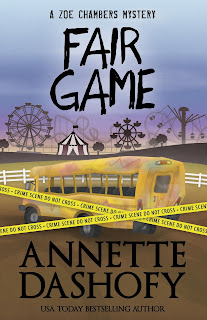 We held my launch party this past Saturday at Mystery Lovers Bookshop, which is always a fabulous venue. If you’re ever in the Pittsburgh area, check it out! This Wednesday, a local restaurant is hosting a Dinner with the Author (me), and next Wednesday, a local church is hosting Coffee with the Author (me). In between, I’ll be teaching a workshop at the Pennwriters Conference while pimping—I mean promoting—Fair Game.


Did I mention, I have a deadline on June 1? There’s that too.


So, yes, for the rest of May, I’ll have my oars in the water, paddling like crazy to keep from getting dumped from my raft before I make it to the next stretch of calm. 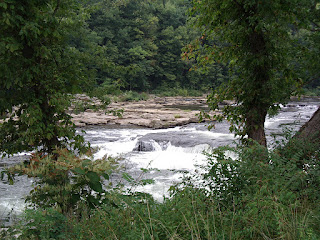 By the way, the book has nothing to do with rafting. Nor have I ever rafted in whitewater. Like I said earlier: pre-dawn, under-caffeinated.


Seriously though, Fair Game takes Zoe Chambers to the county fair with her horse for what is supposed to be an escape from the turmoil of her recent family traumas. Instead, she’s thrown into the drama of someone else’s family as she becomes drawn to a grief-stricken father and tries to help a troubled teen with parental problems of his own. Meanwhile Chief of Police Pete Adams attempts to piece together the final hours of a young woman’s life, leading to a mysterious death that may or may not have been murder. 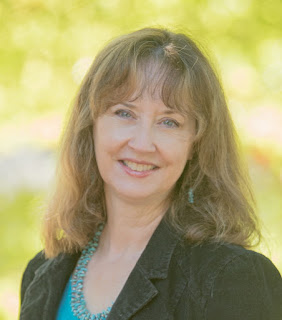 Annette Dashofy is the USA Today best-selling author of the Zoe Chambers mystery series about a paramedic and deputy coroner in rural Pennsylvania’s tight-knit Vance Township. A lifelong resident of Washington County (PA), Annette has garnered four Agatha nominations including Best Contemporary Novel of 2018 for CRY WOLF. She’s a member of International Thriller Writers, the Pittsburgh Chapter of Sisters in Crime, and is on the board of directors of Pennwriters. FAIR GAME (May 2019) is the eighth in her series.
Posted by Julie at 12:00 AM