Years ago—I can remember exactly how many but can't grasp when the days flew by, as the cliché goes—I worked in my county library. I was sixteen. An avid reader. A card-carrying patron from grade-school days. Working there was the best job in town. I earned minimum wage, got vacation, and experience that later helped me win a job in the university library. Two decades later, I received my MLS degree and worked in a large, urban public library system.

Of all the wonderful memories I can resurrect in two minutes about the county library, one stands out most vividly.

Picture a floor-to-ceiling front window with sunshine flooding the comfy couches, the New Books shelves, and the magazine nook. Mysteries occupied the wall with the periodicals (yes, we subscribed to The New York Times and the New Yorker). Westerns required a third of the same wall. Science fiction didn't merit its own spot.

A large study section at the rear of the building separated the adult and children's collections as well as our small, local museum dedicated to a local nineteenth-century opera diva.

Our janitor kept the nearby public and staff restroom spotless. Graffiti never appeared on any public spaces in our quiet little town.

A right-turn from the restroom took patrons past the office the librarian shared with the staff to process new books, repair damaged ones, fill boxes for year-round bookmobile deliveries. Large windows at ceiling height added to the ambiance of space and light. Five bookcases sat under the windows.

The shelves bulged with "forbidden" books.

Forbidden to anyone under twenty-one. Forbidden to the "older ladies" who came in weekly for novels by Faith Baldwin, Bess Streeter Aldrich, Georgette Heyer, Agatha Christie, and so many other writers whose pages those ladies devoured. Forbidden to anyone who didn't explicitly know the secret collection existed. (I certainly had no inkling before working there).

But … did I, five years shy of the required age, read Huck Finn, Catcher in the Rye, Of Mice and Men, Ulysses and dozens more banned books in my small, Southern town?

Absolutely. Within the first six weeks of my employment. It took me that long to work up my courage. I worried about going to jail. Or maybe directly to hell. 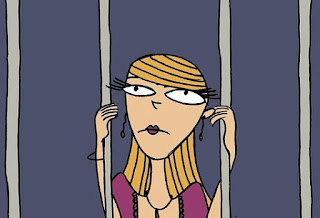 Of course I never admitted my jaded tastes to any of my co-workers. I sneaked the books off the premises—usually on Saturday afternoons when I was left to close up. And I never checked the books out.

I felt guilty about my subterfuge but not guilty enough to stop reading from the forbidden shelves. I rationalized that my caution was okay since the library's treasurer, Mr. Schneider—a septuagenarian and the first vegetarians I'd ever met, entered the "Forbidden Chamber" and removed more than one book every week without stopping by the front desk on his way out.

I suspect the librarian knew what I was doing. I suspect she never confronted me because she knew me from my previous years of reading eclectically from the general collection. I suspect she realized I would read most of the "Forbidden Books" during my Freshman year in college--still three years short of twenty-one.

Lots of ethical issues skim the edges of my dishonesty. Thoughts for another day. I'll simply say I'm grateful I benefitted from censorship and an open-minded librarian.

What about you? Did your library ban books? Did the library have a special place for "mature audience" books? Did you, as a teenager, read any books in that category?

*****AB Plum writes books that might well have gone into the "Forbidden Chamber." She keeps sex and violence and offensive language to a minimum. (Well, the language might be a stretch). She lives in Silicon Valley with her husband and alter-ego, Barbara Plum). She enjoys hearing from readers, so catch up with her on: 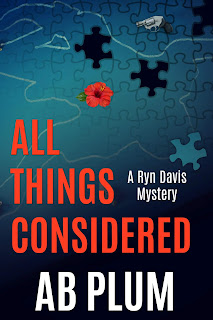