When a Writer Faces a True Life Crisis 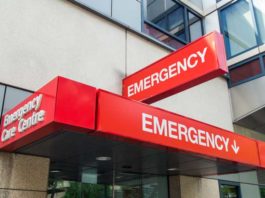 Recently, I have been trying to help a dear friend, who’s dealing with major chronic illness, the results of unhealed traumatic brain injury, vision problems, flood and tornado damage to her farm and house, and a right hand where a bone has come completely unmoored, requiring hand surgery. This woman, almost 70, is a major poet and novelist. In fact, her most famous and successful novel is often included on lists of Best Novels of the 20th Century. (The problem is that she was robbed of all royalties for this book that’s just been issued in a new edition after twenty printings. Never saw a dime, was told it just wasn’t selling, and now has a lawyer from the Authors Guild working on trying to recover some of her stolen monies.)

My friend struggles to deal with all these issues, including massive amounts of pain, as she lives a financially precarious life based on reading and workshop fees and visiting writer gigs. She lost her tenured professorship years ago when she suffered TBI, and they wouldn’t allow her time for rehabilitation. She has recovered her ability to write beautifully, to teach, to give talks and readings, but the executive ability of her brain is permanently damaged, meaning she can’t organize her papers, she loses track of dates and commitments, and she basically can’t find what she needs when she needs it. And now the vision problem and the need for surgery on her hand have struck.

As part of what I’ve been doing to help her, other than to be a shoulder to cry on long distance, I have been researching sources of help for writers in real crisis like this. And I have discovered that there are a number of resources out there. I’ve sent them to her and am now helping her to apply for some financial aid to hire someone to deal with the tornado and flood damage and to hire a college student to help her organize her papers, set up a filing system, coordinate her calendar, and help her with typing on the new novel she’s been trying so hard to finish during all this.

It made me think about the knife edge many of us live on as writers. I’d have been in her situation recently when going through cancer treatments and surgeries while already dealing with chronic, disabling illness—if I hadn’t had my dear, supportive, gainfully employed husband but had been all alone like her. So I thought I’d post the resources for writers in emergency situations here for all our readers. Maybe save it for a rainy day—because you never know when you might be facing similar difficulties.

http://www.pen.org/writers-emergency-fund - This is the granddaddy of all emergency grants to writers. PEN realized how vulnerable writers could be many, many years ago and set up this fund, which has grown through the years and allowed them to help hundreds of writers in emergency situations.

http://www.thehavenfdn.org/about - This is a foundation funded by Stephen King after he was struck by a hit-and-run driver and lost years of work to surgeries and rehabilitation. King, of course, was a millionaire, so it wasn’t a financial hardship for him, but he came from poverty and thought about what this would have done to him when he was starting out and hadn’t had a bestseller yet. This fund not only provides a sum up front for emergencies, but can provide up to $2,000/month for six or more months while someone is going through a major situation and trying to get back on her/his feet. Yay, Stephen King!
Change, Inc.
(212) 473-3742
Change, Inc. provides one-time emergency grants of up to $1,000 to artists of any discipline. Applicants must be professional artists who can demonstrate need. Each applicant must submit a detailed letter describing the financial emergency, copies of outstanding bills, medical fee estimates and current financial statements, along with a career resume, reviews, exhibition or performance announcements, and two letters of reference from someone in affiliated field. For more information, write to:
Change Emergency Funds
Change, Inc.
P.O. Box 54
Captiva, FL 33924
Carnegie Fund for Authors
The Carnegie Fund offers grants to published writers who are in need due to an emergency, whether medical or otherwise. The fund does not award grants for work projects.
Individuals wishing to apply can write to the following address to request an application:
Carnegie Fund for Authors
Post Office Box 409
Lenox Hill Station
New York, NY 10021

Author’s League Fund
31 East 32nd Street, 7th Floor
New York, NY 10016
Fund offers interest-free loans of between $2,000 and $3,000 to writers with severe medical/health-related problems and other serious misfortunes. No membership necessary. Application and details available on web site: www.authorsleaguefund.org Most supportive of older authors
American Poets Fund- Emergency Funds
The Academy of American Poets
584 Broadway Suite 1208
New York, NY 10012
The fund assists poets of demonstrated ability who are in a state of urgent financial need. Grants cannot be used to promote or otherwise enhance literary talent or reputation, and applications are not accepted. Academy Chancellors, Fellows, and prize winners must bring the circumstances of qualifying poets to the attention of the American Poets Fund committee by sending a letter of nomination, including specifics about the nominee's current financial situation, to the Executive Director of the Academy. For more information, please visit:  www.speculativeliterature.org/Writing/medical.php
I hope none of our readers or bloggers ever need these resources, but even then, one of our friends might, so I’d suggest you save this information somewhere permanent. Often people like my friend will struggle alone in silence through heartbreaking circumstances because they have no idea that such help exists.