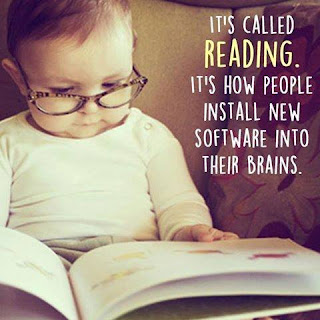 Summer is almost over, but there still is time for a few great summer reads before Labor Day. Here are a few suggestions from members of The Stiletto Gang.
Paula Benson:
Gigi Pandian’s Accidental Alchemist mysteries -- The Accidental Alchemist, The Marauding Magician, and The Elusive Elixir -- I love the living gargoyle, Dorian Robert-Houdin. His vegetarian recipes almost convince me to try that lifestyle.

Anything by Lori Rader-Day -- The Black Hour, Little Pretty Things, and The Day I Died -- Her novels will all keep you on the edge of your seat.

Lee S. Robinson’s Lawyer for the Dog and Lawyer for the Cat -- two great legal chick lit virtual journeys to Charleston, SC. They will keep you laughing and turning pages.

I’m a little burned out on mysteries (perish the thought!) so this week, I’m reading Kristin Hannah’s Firefly Lane; Lisa Unger’s Ink and Bone; and Glen Erik Hamilton’s Past Crimes (because you can never not read mysteries).

Dru Ann Love:
Lowcountry Bonfire by Susan M. Boyer
The Tell-Tale Tarte by Maya Corrigan
Death of a Bachelorette by Laura Levine
Down a Dark Road by Linda Castillo
Cat About Town by Cat Conte
Hollywood Homicide by Kellye Garrett

HOW EMOTIONS ARE MADE by Lisa Feldman Barrett--a surprising and different twist on the brain and emotions. THE ACHIEVEMENT HABIT by Bernard Roth, a Stanford engineer who has created a program to harness the wanna-save-the-world ideals of young students.

Sherman Alexie Memoir You Don’t Have to Say You Love Me,
the absolute true diary of a part time indian,

by Denise Chavez: The King and Queen of Comezon, A Taco Testimony, Meditations on Family, Food,  and Culture, The Last of the Menu Girls

by Joy Harjo: A Map to the Next World

by Louise Penny: How the Light Gets In

I'll go with what I want to read myself (but probably won't have a chance to until summer's gone).

Oh man. Whatever makes you happy? I tend to go lighter in the summer, heavier in the winter. But I find recommending books really hard. I would suggest people check out The Stiletto Gang authors. :-P

Anita: I haven't read as many books as I'd like. I've been reading meal prep cookbooks. I finally finished Death but Tiara and Death of a Bachelorette by Laura Levine.

Mary Lee: I'm doing a lot of reading different things this summer. Mysteries, of course, women's fiction, and non-fiction. Some I'd recommend are: Flight Patterns by Karen White; Death of a Bachelorette by Laura Levine, and The Knowledge Illusion by Steven Sloman and Philip Fernbach.

*Quiet Neighbors: A Novel by Catriona McPherson
*The Darkest Secret: A Novel by Alex Marwood