Storylines from the Past Offer Lifelines Too

“I tried so hard to sleep last night, but kept getting up to read more of Kay Kendall's DESOLATION ROW. It resonates powerfully in these troubled times . . . .”


So begins the newest reader comment on Amazon about one of my mysteries. Of course any laudatory review is a pleasure for an author to read about one of her book babies. However, while I was thrilled to see five stars, I was surprised to see an emotion expressed about reading my fiction that I never expected. 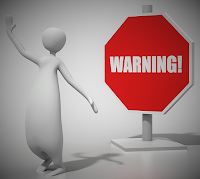 The reviewer concluded a personal email to me by saying, “I realized that the ideas/ideals are as compelling as the plot in your books, just what we need right now.”
I write historical murder mysteries, and my chosen time period is the turbulent era of the 1960s. Back in 2012 when I finished writing DESOLATION ROW and then when it debuted in 2013, I had hoped that setting my first book in a fraught time of extreme unrest would be interesting. I thought it would help readers of the baby boom generation remember their salad days and younger readers might read and learn what it was like. The plot is fiction. The background is not. DESOLATION ROW looks at the consequences of the Vietnam War, the anti-war movement, and personal outcomes from military service. In RAINY DAY WOMEN published in 2015, I explore the hopes for female improvement held by early members of the women’s liberation movement.
One reason I write about that time period is to describe its importance to those who know nothing about it. Reading fiction is an easy way to learn about history.
After both my mysteries were in print, I spoke to classes at a community college in Alabama. Only two in one hundred students knew about Bob Dylan—my book titles come from his songs. Moreover, none of them knew why the United States was drawn into fighting a war in Vietnam. And none of them had ever heard of the “domino theory.”
Another reason I write about the 1960s is to commemorate and revivify a part of American history that has had far reaching effects. Societal upheaval was so intense in the 1960s that the aftershocks still are felt today. Until very recently, that past seemed dead and buried.
Yet only two years since I spoke to those Alabama students and right now, right now the 1960s have gained new relevance. The era is evoked often on television news stations. Old battles are being fought again in the streets of America. And readers are telling me that my books bring them hope.

After all, they say, If we Americans got through such troubled domestic times once, we can do so again. But hang on, dear readers, we may be in for a long and bumpy ride. 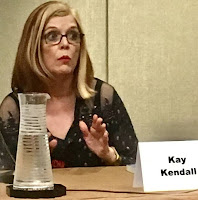