The Stiletto Gang is delighted to welcome good friend Joe Wallace to our site. And no, we didn't make him wear stilettos in order to guest with us today.

I believe that retribution for an act of prejudice should be swift, unsparing, and impossible to ignore. Why do I believe this? Because that’s what it took to show me my own previously unrecognized prejudices.

My crime: I discriminated against a book genre. Back in the 1990s, when Mark Zuckerberg was still a child, when Twitter wasn’t yet a (pithy) gleam in its creator’s eye, the AOL Bulletin Boards were the place to be for people who loved books. It was amazing: You could discuss nearly every author you could think of, living or dead, with fellow enthusiasts. (In a given day I’d find myself discussing Jane Austen and Walt Kelly, Sue Grafton and Gabriel Garcia-Marquez.

I was never one to pick a fight until I happened to check out a board entitled “Women Who Read.” It took me only a few seconds to figure out what the women there were reading.

I couldn’t allow this to stand. With all the great books in the world, why on earth were they resorting to romance? Just a few words from me, I was sure, would set them on the path to reading fulfillment.

So I weighed in. I pointed out the flaws in the genre. I suggested some alternatives. I played the part of the wise Sherpa.

I was eviscerated. The women on “Women Who Read” were doctors, lawyers, college professors, captains of their school debating team. They were whip-smart, self-confident, and not afraid to show it.

I fought valiantly—actually, I think the proper words are “feverishly” and “shrilly”—but every day I had my head handed to me in yet another creative way.

One day, I was telling my wife about my latest attempt to “win” the argument. She is a far more adventurous reader than I, often taking on ambitious literary novels while I read mysteries, thrillers, and popular nonfiction. At first glance, you might consider her the one more likely to be snobbish about genre.

But she looked at me and said, “Joe, why on earth are you doing this? These women get together online to share their love of reading. Why are you trying to ruin it.

“And you’re always saying how people don’t give mystery stories the respect they deserve,” she went on. “Seems to me you’re doing exactly the same thing with romance.”

“I think you should apologize,” she said, and went back to her copy of something long and dense that I likely would never read.

I didn’t sleep well that night. The first lonely hours were spent justifying myself and my actions. The rest were spent phrasing and rephrasing my apology.

The next morning I logged on, clicked “Women Who Read,” and wrote, “I am really sorry that I’ve been acting like such an obnoxious jerk. Can we start over?”

And you know what happened? I was forgiven. They’d seen it all before, having spent their lives being insulted over their reading choices. Insulted by people who questioned their intelligence, their taste, even their happiness and mental stability.

Just as readers of mysteries and thrillers had once been. And sometimes still were.

The years that followed among the Women Who Read were as much fun as any I’ve spent online. They welcomed me into their wide-ranging discussions, and they understood (once I’d read and enjoyed a few that they recommended) why romance would never be my preferred genre. That didn’t matter: We had plenty of other things in common, including an all-around passion for books.

There was one woman there, though, who was deeply disappointed in my apology. “Can we please keep fighting?” she wrote me. “I haven’t had so much fun in ages.” 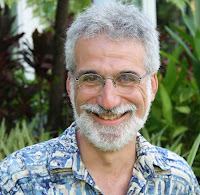 Joe Wallace is the author of several books on nature, science, and baseball history; noir stories (including "Custom Sets," which was chosen for inclusion The Best American Mystery Stories 2010); and a novel, Diamond Ruby which itself began life as a story in Ellery Queen's Mystery Magazine. He lives north of New York City with his wife, children, a large dog, and a put-upon cat.

Visit Joe's site at http://www.josephwallace.com/
Posted by The Stiletto Gang at 5:00 AM