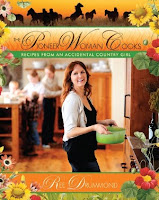 I've watched with fascination the growth of The Pioneer Woman empire. PW is Ree Drummond, whose website (http://thepioneerwoman.com/) is a smart and sassy mix of delicious recipes, incredible photography, and homespun stories. I like her easy-breezy writing style and have enjoyed her step-by-step instructions to making yummy dishes.

Essentially Ree Drummond has parlayed a blog she began five years ago to keep in touch with her extended family into a multi-dimensional career. The Pioneer Woman has become a brand. Its base is the complex web site that includes sections on cooking, homeschooling, family life, gardening, and more. The site is designed to be interactive, with a separate section for readers to contribute their own recipes. Thousands of her fans comment on each of Drummond's posts. She uses all forms of social media. You'll find her twittering several times a day. Same chatty style as her web site.

But the web site was just the beginning. She's written one cookbook that came out 18 months ago (undoubtedly an easy sell to her publisher because she already had a built-in market). On her web site, she serialized the story of her transformation from suburban Yuppie to wife of a cattle rancher. She then compiled the installments into a book, which was published last Fall. That book has now been optioned by Reese Witherspoon for a big-screen movie treatment. Last month, Drummond children's book about her bassett hound was published. And last week, it was announced that she will be hosting a daily cooking show on the Food Network. Forgive me if I'm using the wrong business term, but isn't that what they call synergy?

I suspect one reason Ree Drummond can do all this, besides being incredibly talented and creative, is because she married a very wealthy man, The Drummond family own one of the largest cattle ranching operations in Oklahoma. Having money when starting a new venture, be it widgets or web sites, gives you a flexibility that many, if not most, entrepreneurs don't have. Still, there are plenty of failures amongst those for whom money isn't a consideration. So kudos to PW -- she works hard and has earned her success. 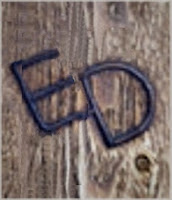 But her story made me focus on the concept that authors can be a brand. In some ways that can be limiting: Can you only write one kind of story and if you try to break out into a different genre, will your audience and critics be suspicious or even angry? Imagine Stephen King writing a romance novel. How would readers react? Drummond can do the cookbook and the children's book, because the brand is about her family life on the ranch – cooking and pets are part of both.

One compliment often given to cozy mystery writers (which is how the collective Evelyn David define ourselves) is that "you're ready for a bigger book." Bigger being somewhat loosely interpreted. The stakes are higher (the world will come to an end unless the sleuth can find the terrorist). The message is bigger (drugs are bad and the sleuth needs to find the head of the drug cartel). The carnage is messier (think multiple body parts as well as death). A "bigger" book, almost by definition, gets more respect.

But while I wouldn't mind the respect, I also have no apologies for the fun mysteries that I hope we provide for our readers. A friend once remarked, "Not only do I not want to write the great American novel; I don't want to read it." I'm probably closer to that point of view than to the idea that I've got the next War and Peace in me if only I'd sit at the computer and stop playing Minesweeper.

So, if anyone wants to brand Evelyn David, I'm thinking we could start with a perfume – the scent, of course, would be a mystery.

Marian aka the Northern half of Evelyn David