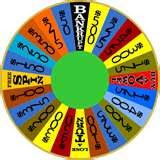 She's rolling over now. She burst into tears the first time – shocked at the turn of events that had her on her back reaching for a stuffed animal, and all of a sudden, she was on her belly facing the wrong way and no stuffie in sight. Plus, how to get back to where she started?

But now, Riley, age four months, is rolling like the proverbial river.

And I'm growing more confident as Grandma. From the first second I knew my daughter-in-law was pregnant, I was in love with this little baby. But when Riley was born, I'd forgotten how tiny, fragile, even scary these little people can be. Despite raising four children of my own, I found myself worried that I couldn't meet her needs. A set of baby tears was enough to prompt me to shed a few myself.

But then came the smiles – and wow, I'm willing to do cartwheels to get a grin from this little one.

So here's how I knew I had passed the Grandma test.

I was to babysit for one hour starting at 7 pm. As an experienced parent, I know that is nobody's finest hour. Riley normally goes to bed at 8 pm, so she would be getting tired in any case, but her Mom told me upon arrival that the baby hadn't slept a wink the entire day. I believe the correct response is: OY!

Now the rule of the house is that the television is off when Riley is in the room. She's absolutely mesmerized by the colors of the huge TV hanging on the wall in the family room. I respect that. Heck I limited TV viewing when raising my own kids.

But as the hour progressed, Ms. Riley began to fret. I walked, swayed, sang – you get the drift. Nothing, and I mean nothing, would comfort her for more than 15 seconds. I changed her diaper; then offered her a bottle of breastmilk, which she promptly spit out, clearly the wrong vintage, or at least the wrong nipple. She refused all pacifiers. And of course, most of all, she refused the one thing that would have helped – she wouldn't so much as close her eyes lest she actually fall asleep.

And then I whispered what I'm pretty sure my mother and mother-in-law both did when watching my kids (including Riley's daddy). I said, "Riley, this is Grandma talking. How would you like to watch "Wheel of Fortune?"

I clicked on the TV and silence descended. She sat transfixed in my arms.

I had hoped to turn it off before her mother returned, but alas I was busted.

The little one gave a huge smile when her Momma reached for her. Upstairs, a brief nursing session, and Ms. Riley was asleep for the night.

Personally, I think Riley was relieved that the contestant figured out the final puzzle. I'm pretty sure that she had. It said:

Please share your favorite Grandma stories (whether as a grandparent or grandchild).

Grandma Marian, the Northern half of Evelyn David


I Try Not to Drive Past Cemeteries -- short stories available for Kindle and Nook
Murder Off the Books
Murder Takes the Cake
Murder Drops the Ball -- Spring 2011
Posted by The Stiletto Gang at 5:00 AM