Can My Shorts Get Me a Novel Deal? 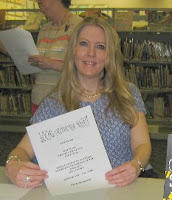 Chelle Martin is a member of Mystery Writers of America, Sisters in Crime, Romance Writers of America, The Cassell Network of Writers, and the Short Mystery Fiction Society. She’s a past Vice President of Sisters in Crime-Central Jersey and creator of the Clued In Press Award for short mystery fiction. Chelle has also been a mentor for MWA’s Mentor Program and a judge for RWA’s Golden Heart and other writing contests. She is the recipient of numerous writing awards, including the New York Chapter of RWA’s Love & Laughter Contest. She is currently working on a humorous mystery novel series.

From a writer’s standpoint, short stories have many advantages over novels as recently discussed by members of the Yahoo Group, Short Mystery Fiction Society. Writing shorts allows a writer the occasion to explore various genres. A short story takes much less time to write than a novel. And shorts also allow writers to change characters and setting and use a different voice.

Additionally, the turnaround time can be shorter and you can see your name in print a lot sooner.

Before you wonder if you could actually make a living writing nothing but short stories, look at author Edward D. Hoch, who over five decades published over 900 short stories. Most impressive is that for the last 35 years of his career, Ellery Queen Mystery Magazine published one of Hoch’s stories every month from 1973 until his death in 2008.

My first short piece was published in an anthology called Romance Recipes for the Soul by Pisces Press. I can’t tell you how exciting it was to see my name in print. Our publisher also hosted a signing party at our local Borders Books. It’s quite a feeling of accomplishment to see people buying your books and asking for your autograph. The fact that I was signing with a dozen other writers made no difference.

Getting that first publishing credit opened the door to other opportunities. After joining the Short Mystery Fiction Society, I discovered editor Michael Bracken was looking for mysteries for an anthology called Small Crimes. After selling my first mystery story to him, I was invited to submit to another anthology of private eye stories called Fedora III. I’d never written a PI story before, but gave it a shot and sold that story, too.

I had won a writing contest online and the prize was my own page on a website for writers. There I met writers and publishers from all over the world.

From that point, I established quite a resume with contest awards and publishing credits with various small presses. I’m now published nationwide.

Once when discussing writing with Mary Higgins Clark, she told me she got her start writing short stories. I told her I found them easier to write than a novel. She suggested looking at writing a novel like writing a bunch of short stories—each chapter should convey a beginning, middle and end of that portion of the novel. I’d never thought of it that way, but it made the idea of writing a novel less intimidating.

Another advantage to short stories is getting your name out there, especially if you find your story in an anthology with well-known authors. I live in New Jersey, yet I’ve networked a great deal in California with various Sisters in Crime Chapters. The San Joaquin chapter knows me quite well. I’ve taken second place twice in their annual Dead Bird writing contest.

While the publishing market is shrinking, there are still some good places to submit your shorts. As in novel writing, be sure to follow submission guidelines.

Chelle Martin
Posted by The Stiletto Gang at 5:00 AM