What Would You Tell Your Younger Self? 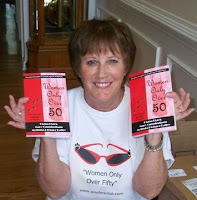 What would you tell your younger self? That question was asked and answered by Gwen Carpenter Roland, author of Atchafalaya Houseboat, in a PBS special documenting her experiences living in the Louisiana Swamp with companion, Calvin Voisin.

I tuned in out of curiosity since Book Three of my Cynthia’s Attic series, Curse of the Bayou, was partially set in the Louisiana Swamp. But, thoughts turned quickly to the fact that she was asking a very important question to the “over-fifty” set. Not only was I completely hooked by her gentle, descriptive voice, I was transported through photos taken by C. C. Lockwood’s tranquil National Geographic pictures. I swear, my blood pressure dropped 30 points.

But, back to my point. Ms. Roland’s question. What would she tell her younger self? One thing was to stop thinking she’s fat. Which is quite funny because the young Gwen and the older Gwen are beautiful, inside and out. She’d also tell her younger self to stop worrying about what other people think. Oh, could I have used that advice as a teenager! And, as a forty-year-old!

As one WOOFer said at a recent Book Festival, “Being 50 is very freeing.” Can’t argue with that.

So, what would you tell your younger self?

Gwen Roland’s book, Atchafalaya House: My Years in the Louisiana Swamp, available on Amazon, or from your favorite bookstore.