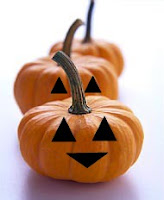 Today, out of respect to the loser and his constituents, I will assiduously avoid the topic of the election and to stick to something we can all agree on (I hope): Halloween.

We wave goodbye to another Halloween, although if you are like me, you’ve still got pounds and pounds of crappy drugstore chocolate in your houses. (Though I would wrestle you to the death for an Almond Joy.) We had a very successful Halloween around these parts: child #1 dressed as Charlie Brown and went trick or treating with a group of similarly-attired Peanuts characters; child #2 had the “best day ever” because his friend, B., despite being close to four years older than child #2, still trick or treats with him because as his mother says “it’s all about the candy for B.” At nearly 13, he doesn’t care about looking cool, or traveling with a pack of boys armed with shaving cream and silly string, or just being an all-around carouser. He wants to go house to house, charming the pants off of whomever is answering the door, and getting his fair share (or more) of candy. B. and my son know every house that gives out a full-sized candy bar, who gives out the bags of pretzels, and who will provide juice boxes to thirsty trick or treaters. They’ve got it down to a science.

If you’ve been a regular reader of this blog, or if you know me personally, you’ll know that I’m a little neurotic and crazily over protective. Halloween, in particular, brings out the worst in me. It brings back memories of razor blades in apples (which by the way, I’ve never encountered), roaming bands of zombies (again, never seen), and haunted houses (and…never been to one of those either). B.’s mother suggested that the boys hit the Halloween trail on their own, being as they would be in the general vicinity for most of the night. Although I knew in my heart that child #2 would be okay with B. in charge, I felt better when my husband said he’d “ride along.” And I’m glad he did, because he offered more insight into the trick or treating rituals of these two boys, which B.’s mother and I found hilarious. If only the boys brought this kind of intensity and planning to their schoolwork. The boys had a brainstorming session prior to hitting up the first house and decided on a two-pronged approach. The first approach was called the “traditional”: in the “traditional,” you walk calmly up to the door and ring the bell, plastering on your best and cutest smile. When the door is answered, you say, in unison, “trick or treat.” Charmed by your cuteness and good manners, you are handed more than your fair share of candy by the homeowner. “Bowling,” on the other hand, refers to uninhabited houses whose owners leave bowls of candy on the front porch. In “bowling,” you approach the house as quickly as possible and fill your candy bag with as much candy as you can before Jim, your chaperone, reminds you that you are not the only people trick or treating on that street.

The girls on the other hand, were more of a rag-tag bunch, wandering aimlessly through town with no plan as to where they would go, which houses they would target. Truthfully, I think they spent most of their time talking, a concept that the boys found ludicrous. There’s candy to be had! Suffice it to say that they came back a little lighter in the pillowcase than the boys who sported at least six and seven pound bags of candy, respectively. They looked at the girls’ paltry haul and decided that they needed more guidance next year so that they could maximize their intake.

We didn’t have as many children as we normally do this year, and considering that Halloween was on a Friday, I can only assume that a lot of people had indoor parties. We also have a couple of neighborhoods in town where kids congregate to trick or treat and which were overflowing with costumed ghouls, from what I’ve heard.

How many trick or treaters did you have? Did they seem to have an orchestrated plan of attack? And most importantly, what did you do with your left over candy?

Maggie Barbieri
Posted by Dea, Kia, Jake at 5:00 AM