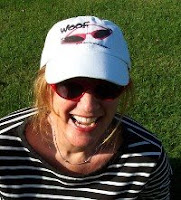 No, wait. Reminder to self: Not everyone speaks WOOFer.

It sure seems that way though, since the advanced launch of WOOF: Women Only Over Fifty. At book signings, there’s no lack of ladies who speak the language. And, sometimes, as I’m chatting with a woman, describing the contents of the book (topics such as night sweats, mood swings and hot flashes), she looks at me like, until that moment, she’d been adrift in a wasteland, and at long last an oasis has appeared—another woman who understands exactly what she is feeling and saying. 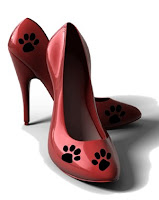 Sure, plenty can be found online, in magazines, on TV talk shows, you name it, about women’s issues, especially menopause given the massive boomer generation. But there’s something about one middle-aged woman standing face-to-face with another 50+ woman that makes it more relatable.

And maybe it’s easier to talk about certain issues with a stranger, a woman who has stepped into being a book author at this phase of life. Not that I’m any expert, but I’m at least not afraid to talk about it. And perhaps therein lies the bond.

Mary, Melinda and I wrote the humor book for ourselves. Naturally we hoped it would catch on with other women. Still, who knew that even before its official release date, it would take on a life all its own.

But, why not? Women are intuitive—reading between the lines and interpreting the unspoken word. Using language in inventive ways.

Diana-Designs.net
WendleWordsworth.blogspot.com
WOOF: Women Only Over Fifty
WOOFers Club Blog
Diana Black’s Blog
Posted by The Stiletto Gang at 5:00 AM

Email ThisBlogThis!Share to TwitterShare to FacebookShare to Pinterest
Labels: Diana Black, WOOF:Women Only Over Fifty