I have a confession to make. Oh, by the way––I'm Lynn, and I'm one of the new kids on the block. I too am an author. Let's get that little fact out of the way so you'll fully grasp the weight of my confession. Here goes...are you sitting down? You might want to sit down for this.

I can't write when my world is calm. I need chaos. I crave chaos.

Not like I crave Dove milk chocolate but that's an issue for another day. I only crave chaos when I'm trying to write so it's not like I'm an adrenaline junkie or some weirdo. We all have our little quirks. Victor Hugo used to write naked. Hemingway wrote standing up. Lynn Chandler Willis writes while stirring the SpaghettiOs or changing a diaper or overseeing snack time. I discovered this about my self at, of all places, a writer's retreat. I had just come off a 5-year stint of babysitting eight of my nine grandkids and could not wait to spend a week with other authors. All the learning and sharing and brainstorming––all taking place in a magnificent, ocean-front house with 46 bedrooms. Okay, it may have only been 16 bedrooms but I've never been in a house that big.

The first morning there, I take my cup of coffee to one of the dining tables that could seat a football team and open up the laptop to get started. Here goes...I'm going to write. Okay, maybe it was just a false start. I wasn't fond of that word so I deleted it and started over. Again. And again. And...again.

I look around the room at the other authors and everyone is engrossed in their work. Fingers are flying across keyboards, red pens are scribbling on paper, and not one single person is talking. Some are wearing headphones, perhaps listening to a playlist of their favorite music. Or maybe they're wearing them to drown out the...silence?

I spent an obscene amount of time those first few days scrolling Facebook or reading and answering emails. I even read, and replied to, the spam. I don't remember which day it was that the magic finally happened. Armed with the laptop and coffee, I sat at a covered bar on the second-floor balcony, overlooking the ocean. The sound of the waves crashing and the constant chatter from the seagulls was just the beginning. The house next door was massive, like ours. I have no idea if the people who were staying there were family or friends, but there was at least twenty of them. Not including the kids. 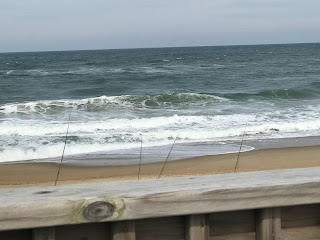 When those kids ran outside and jumped in the pool, my heart fluttered. It wasn't long before they were splashing and yelling and laughing so loud the neighbors could hear them. And the words came. I wrote a paragraph, and then another one, and another.

Don't get me wrong––I'd go on another writer's retreat in a heartbeat. Now that I know my style and what I need to get the words down,  I can embrace it. I hug it, and squeeze it, and love it like the cherished quirk it is. I crave it.

The other night while working on the first book in a new series (coming Fall 2022, yeah!), I was struggling with a scene. It just would not come. But a text from my ten-year-old grandson did come. He asked if he could come down and watch his "show."  Poor guy has a twin sister and another sister 11 months older and they don't like The Flash so he comes down to my house where he rules the roost.

He came down and curled up beside me on the couch where I was struggling with the right words. He turned on the tv, turned the volume up, and settled in. Every once in a while, he'd pause it and say, "Grandma watch this," and I would. I'd look up from the laptop to watch some goofy scene that appealed to ten-year-old boys and I'd laugh with him, or I'd offer a wow! and then go back to writing, the word count climbing. Once again, I embraced the chaos. 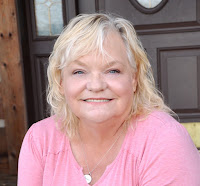 Lynn Chandler Willis is an award-winning, best selling author of the true crime book, Unholy Covenant, and fiction titles The Rising, Wink of an Eye, and the Ava Logan mystery series.

Her upcoming projects include Raynor Beck, a PI series set on the NC Outerbanks, and Emily Gayle, an FBI agent battling crime deep in the Appalachian mountains. Both series are scheduled for release in Fall 2022 from Level Best Books.
Lynn is the president of the Southeast Chapter of Mystery Writers of America and a member of the Authors Guild.
Visit her website at https://lynnchandlerwillis.com/
Unholy Covenant
Wink of an Eye
The Ava Logan Series
Posted by Lynn at 6:00 AM