I woke at 4:30 a.m. and realized that I'm losing my mind. I thought about the state of the country and I began to cry and laugh simultaneously. I wondered if I'd gone insane to be able to laugh about the news that Governors were not only banning books but creating tip lines for parents to call in to report/snitch on teachers teaching history, culture, art, music, etc. that offends their students by revealing the atrocities perpetrated against women, people of color, religions, gender fluidity, whatever. I began to cry again at the absurdity of our nation and the political turmoil that surrounds us because the left and right are strangling each other with hate against anything they don't like.

I watched last night's DVR recording of my favorite journalist, Ari Melber, and his guest the world renowned astrophysicist, Neil Degrasse Tyson. I love them both. I watched the interview and couldn't believe what I was hearing. Neil was speechless several times because the clips that Ari showed him from the new blockbuster movie, Don't Look Up, showed Meryl Streep as the President of the U.S. telling her supporters lies. They believed her lies instead of the scientists who were telling the world that an asteroid was hurling towards Earth and would destroy everyone and everything much like the extinction of the dinosaurs. He laughed at the clips but explained that it was frightening because it paralleled what the previous leader of the U.S. had done by lying to the world and claiming that he had won the election and lying about the insurrection at the Capitol on January 6th saying it was a peaceful protest of patriots. wtf.

I listened to the two men, who I respect, talk about this movie that explained how we are headed for doomsday because SCIENCE and facts/truth no longer matter to people. I wondered what the fudgecicle happened to people to make them so easily duped.

I had a good cry and remembered that books were being banned because they were teaching students to open their eyes and learn about how this country was stolen, how indigenous people were slaughtered, how Africans were kidnapped, and made to work for those same people who slaughtered the indigenous and forced to work as slaves and make those murderers rich. Students' books and libraries are being listed as books to ban because they tell the truth about how this country came into being and how people were beaten, hung, murdered, raped, humiliated because they were other. LGBTQ books would be banned, books written by people of color about their culture would be banned, religious books would be banned if they didn't teach Christianity. I threw up a little in my mouth and began to sob.

I must have cried, laughed, puked, shat, farted, broke into hysterics for hours. Then I drug myself off the bathroom floor and began to write this post. My books would be banned because I dared to write poetry about drug addiction, child molestation, rape, genocide, alcoholism, cultural appropriation, religious persecution. I felt sick again and dragged myself back into the bathroom to purge the negativity out of my soul and watch it swirl down the toilet.

I for an instant thought, I don't want to live in a world where books are banned and then I realized that if I flushed myself down the toilet and died nothing would change and THEY would win. I made a pact with myself that I would keep writing my stories, poems, plays, novels, essays and telling my truth because the truth matters. And I know that when I was teaching I would have been one of those teachers that was snitched on the tip line for teaching the truth/science/facts/history/world culture/world peace because the haters gonna' hate and the only way to fight them is with the truth, and books that are banned are the ones the students need to read. FREEDOM. 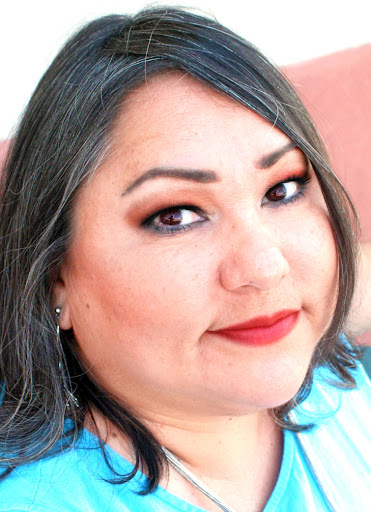 Juliana Aragón Fatula’s ancestors indigenous to Aztlan, migrated from New Mexico to Southern Colorado. In 2022 she was awarded the title of Corn Mother for the Return of the Corn Mothers Project funded by the Colorado Folk Arts Council, Chicano Humanities Arts Council, Metropolitan State University of Denver and US Bank. She is the author of The Road I Ride Bleeds, Crazy Chicana in Catholic City, and Red Canyon Falling on Churches (winner of the High Plains Book Award in 2016.) She has been a Macondista since 2011, was a Hispanic Association of Colleges and Universities ambassador and Director of Creative Writing for las mujeres unidas de CSU Pueblo and she conducted writing workshops for Colorado Writers in the Schools K-12, Bridging Borders, Cesar Chavez Academy, and Cañon City Middle School. She performed in the nineties with Su Teatro Cultural Performing Arts Center and after Operation Desert Storm, she toured in the Persian Gulf for the Department of Defense with the Latin Locomotions. She is shopping her first mystery, The Colorado Sisters, for a publisher. She believes in the power of education to change lives.