Welcome to the New Year, a New Decade, and a New Direction

Gazillions of potential blog topics cry for the Stiletto Gang's "insights" over the next 365 days. This year, the Gang has decided to add a new subject: the craft of writing fiction. We expect to learn a lot from each other. We hope you'll learn a lot about what goes into writing word after word after word to evoke an emotional connection between writer and reader. 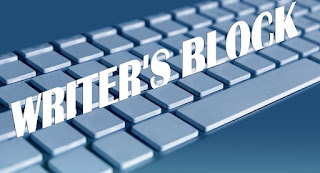 First Wednesday of each month

Look for a new craft post the first Wednesday of the month.

I'm up first—sort of like the first baby born each New Year.

Not characters but names …

For me, the quintessential element of all stories is characters (not necessarily human). We could do twelve months on developing fictional characters, but I'm going with names—a subset, really, of that fictional element.

Also, I'm sort of a names nut. I collect unusual names—from fiction, celebrities, and movies—pop culture at large. Magnus, The REal McCoy, Risa, Ryn, Pierce, Detective Nick Ketchum, Bo "Peep", The Stoned Wall, and Lavender comprise some of the characters I've introduced in various of my books. Here are a few basic ideas that drive me in finding the "right" name:

I have never written a novel or a short story for which I didn't have the main character's name before I started writing. Knowing that vital information adds dimension to other aspects of that character I'll introduce to readers almost from page one of the novel. Examples of what a character's name reveals to me: inner drive, personality, goals, past secrets, childhood, disappointments, celebrations, etc.

Two of the best examples of characters whose names fit, IMO, appear in Gone with the Wind.

Scarlett O'Hara and Rhett Butler leap off the page when we meet them. The meaning of her name is obvious (to native English speakers). His Old English name means "small stream."

"Small stream" for a force of nature? Scarlett for a woman whose reputation as a flirt grows worse throughout the novel.

Hmmm. You decide if the names fit the characters.

I'm still waiting for a character to step forward for whom I can use Wolf. I know the character type, but I've yet to meet the specific fictional bearer of the name.

I'd love to tell a story featuring a character named Audio Science (the first-born son of actress Shannyn Sossaman). Maybe he and Moxie in a romance?

Pilot Insectkor apparently comes from an indie song and definitely sparks my imagination. I am still waiting for the right character to claim the moniker.

Deciding on a name for a character—especially for the Main Character(s)—is like naming a child. Making the name meaningful is my first criterion in choosing a handle.

Risa, the heroine in my romantic comedy Prince of Frogs, means smile in Spanish. A pediatrician, she's never met a kid she didn't like. Her smile is so big and genuine that her patients never cry when she gives them their shots.

Nicknames and pet names can add depth, complexity and insight to a character.

Risa enters the world with a mop of orange-red curls. The nurses tie a big pink bow on top of her head and present her to her mother with a flourish, proclaiming: La Ti Da! From then on she's called La Ti Da because she's so full of life, energy, and joy.

A few of my favorite names for fictional characters include:

What about you—what are some of your favorite characters' names? Any you hate?

Check back on Wednesday, February 5th for the next blog on Writing Craft.

******
AB Plum, aka Barbara Plum grew up in Southern Missouri. She knew she was in trouble whenever her mother used her first and middle names in one breath. All three names (usually yelled) meant a potential time-out until age 21. Her love of names may have begun with her first puppy, Pickle Puss. Later, ThatCat and YourCat became favorite felines.

Check out her dark psychological thrillers and riveting mysteries :  https://abplum.com/
In the mood for mood for paranormal or contemporary romance:    https://barbaraplumauthor.com/