I Probably Shouldn't Tell You This by Juliana Aragón Fatula


colorado encyclopedia poet Juliana
check out some of my poetry 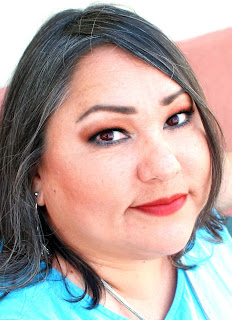 I’ve been struggling with writing a synopsis for my mystery novel. I’m a novice novelist. I lack the confidence of say a Linda Rodriguez who is a master writer and has successfully written several novels and a book on writing mysteries. And even though I read her book, Stephen King’s book On Writing, and Ernest Hemmingway’s book on writing, I am just learning what they have been doing for decades.

I have many writer friends and they all write great books, poetry, screenplays, non-fiction, memoirs, even songs. They inspire me. So does Shakespeare. I want to be dead for hundreds of years and still being read and loved.  I named my first character in my first novel, Shakespeare. I adore him. He is the giant, Rock Hudson, character only her has long hair, a beard, tattoo sleeves, and rides a Triumph. He’s sexy. And I named the other male character, Tony, and thought about killing him off, but all my beta readers begged me not to kill him and to write a love story, instead of a homicidal murder who dunnit. I settled for both.

My sisters, L.A. and Eva are not super-heroes but they are sheroes of sorts and I modeled them after compilations of chingonas I’ve known in my lifetime. Some are friends, relatives, strangers, and women like Gloria Anzaldüa. I tried to give them attitude and strength but also human flaws like we all have. One is scarred for life, the other exercises and kick boxes her angst away and hacks computers. The private investigators, L.A. and Eva, are the best Chicana P.I. team in the U.S.A.

I added gay uncles, a transgender woman, an Asian and Jamaican Detective because I love Asian and Jamaican culture, religion, language and the LGBTQ community. I want my characters to represent the world and country I live in and my friends are anything but straight, narrow, or conservative. My friends are the rabble razzers, the misfits, the irrerverent, the mystical, the curious, the bipartisan, liberal, educated, and compassionate humans that inhabit the planet.

So, if my writing offends you, you are not my audience and I did not write this book or poetry or plays or letters or emails, or texts, or tweets fo you. So, don’t buy this book. Don’t buy copies to gift to your friends and colleagues because they won’t read my book either. They don’t want to hear what I have to say. My mom said if you don’t have anything good to say…

Synopsis for The Colorado Sisters by Juliana Aragón Fatula

The love of money, sex, revenge, jealousy, and a border wall divide our humanity from the most important kind of kindness. This love story reveals secrets, mysteries, crimes, sins, and memories for two Chicana Private Investigators, sisters, L.A. and Eva, who love each other and their uncle, T.O. Eddie and his husband Lawrence who love and supervise the girls’ adolescence when their parents die and leave them orphans in Denver. And the two white boys, Tony and Shakespeare, who love the two Chicana sisters, L.A. and Eva, through grade school, high school, college, grad school and follow each other’s careers into adulthood and life’s adversities and celebrations. And the love story about a transgender woman, Dotie, who saves lives and rescues suicidal teenagers who are discarded and forgotten because they dare to sashay out of the fucking closet and into the daylight. And the love story of two therapy pets, Border Collie puppies, Wesson and Smith, and their undying devotion and loyalty to their pet parents.

Denver, Colorado and Atlanta, Georgia are worlds apart and the Chicanas, L.A. and Eva, and the white boys, Tony and Shakespeare, keep their long distance love romances from blossoming until the Atlanta Butcher murders the playboy billionaire and Tony attends the wrong party at the wrong time and is the last person to see his boss alive, but not the only suspect: the escorts, the wife, the ex-wife, the neighbor, and the mystery night-stalker top Detective Chan’s and Jones’ list of possible homicidal maniacs capable of decapitating and mutilating the body of Reggie Hartless.
Posted by The Stiletto Gang at 3:00 AM