Where Do We Get Our Ideas? 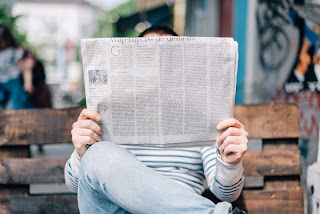 People often ask authors where their ideas for particular books come from. And though it's quite different from author to author, one thing we've discovered from hanging out with other authors is that most have no problem coming up with ideas for stories. In fact, most of us have far more ideas than we'll ever have the time to write. Story ideas are everywhere.

Writers are innately curious and so a news story, a magazine article, even an obituary can spark a thought that turns into a possibility. The writer imagination is off and running and wondering what if. The news of the day may be a big fire at a local business. It could have been faulty electrical wiring, but the writer wonders what if it wasn't. What if there's more to the story? What if the fire was actually a cover-up?

Also writers are by nature observers. Yes, that's us sitting quietly in the corner of the room or the park. That couple holding hands while their body language says there's something else going on. What's their story? The three girls in a whispered conversation whose foreheads are almost touching. What secrets are they sharing? The elderly woman with her purse clutched tightly on her lap who keeps checking her watch. Who is she waiting for? And the guy in a dark suit that looks oddly out of place. He's too quiet. Is he an undercover cop? Perhaps a spy? 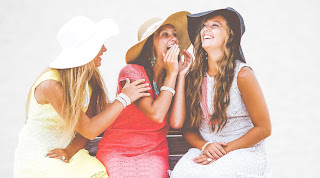 Or wait maybe the elderly woman is the spy. Would that be a great twist? The guy in the dark suit could be headed to a job interview. We imagine the three teen-aged girls in ten years. Will they still be friends? Still sharing secrets? What if they lose touch with each other? What if they don't?

See how it works? There is drama everywhere, and secrets, and stories. As writers we are sponges for the bit and pieces that are story sparks. We get to bring those stories to life and give them twists and change them around. Ideas are everywhere.

Now that you know how it works, the only thing to remember is when you're having a conversation with a writer, and they get that far-away look, that there is a good chance they have spotted a potential story across the room and they're already coming up with ideas. Or the other possibility is that something you've said has been the spark, and you're the story idea.

Sparkle Abbey is actually two people, Mary Lee Woods aka Mary Lee Ashford and Anita Carter, who write the national best-selling Pampered Pets cozy mystery series. They are friends as well as neighbors so they often get together and plot ways to commit murder. (But don't tell the neighbors.) They love to hear from readers and can be found on Facebook, Twitter, and Pinterest, their favorite social media sites.

Their most recent book is The Dogfather, the tenth book in the Pampered Pets series.

Also, if you want to make sure you get updates, sign up for their newsletter via the SparkleAbbey.com website.