It starts with a premise... 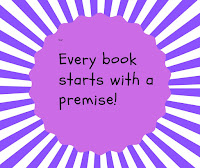 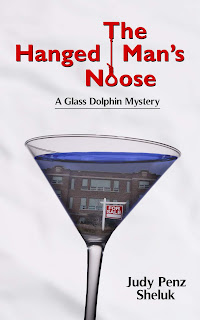 People often ask me where I get my ideas and I always tell them "from life." That may sound trite, but it's true. And while every author, and every book, follows a different path, I will tell you this secret: It all starts with a premise. Here's another secret: there's no such thing as a unique premise. There are, however, different ways to spin the same premise. In other words, the "secret sauce" is the spin.

The premise behind my 2015 amateur sleuth mystery novel, The Hanged Man's Noose, is all too familiar story: A greedy developer comes to a small town with plans to build a mega-box store on the town’s historic Main Street, thereby threatening the livelihoods of the many independent shops and restaurants. I took that premise and said, “What if someone was willing to commit murder to stop it? But remember, there are no new ideas, just different ways to spin them. Here’s the synopsis for John Sandford’s Virgil Flowers suspense novel, Shock Wave (which I read long after writing Noose, in case you were wondering.)

The superstore chain PyeMart has its sights set on a Minnesota river town, but two very angry groups want to stop it: local merchants fearing for their businesses, and environmentalists, predicting ecological disaster. The protests don’t seem to be slowing the project, though, until someone decides to take matters into his own hands.


The first bomb goes off on the top floor of PyeMart's headquarters. The second one explodes at the construction site itself. The blasts are meant to inflict maximum damage — and they do. Who's behind the bombs, and how far will they go?


Okay then, what if we were to take the same premise and turn it into a Hallmark-type Christmas movie? The synopsis would go something like this:


When a ruthless, but handsome, developer comes to a small town with plans to build a mega-box store, the local shop owners band together to stop him, led by the beautiful and widowed owner of an indie bookstore started by her late husband many years before.

In other words, it all starts with a premise. But then again, you already knew that, didn't you?

And now it's time for the inevitable Shameless Self Promotion. The Hanged Man's Noose is currently on a .99 e-book promo on Kindle, Kobo, Nook, Apple, and GooglePlay. That's a $4 savings -- so pitter patter, let's get at 'er because the sale ends March 10th. Seriously, do you want to miss it? I think not.
Posted by The Stiletto Gang at 3:00 AM