These days whenever I cast my thoughts into the future, I become tense. This is a new phenomenon for me. Previously I was more hopeful. That is to say, to some degree. 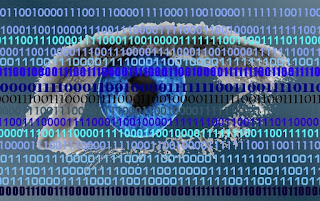 I estimated that the world had until, say, about the year 2050 until conditions became unbearable. That was when I figured all the usual horrors of modern life that seem to threaten our collective future would hit and hit hard: climate change and its many evils, the threat of nuclear war, plagues that could decimate humanity, overwhelming pollution of land, sea, and air. And so on. I feel as if I missed something awful in that list, but I think you can get my drift.
But here lately I am no longer able to push the crisis date out as far as 2050. Instead I expect the decade of the 2020s to be grim. There are two main things that led me to this conclusion. One is general, gleaned from news reports that I follow daily. The other is personal.
On the general level, I observe that the issues besetting my nation and my world are not being handled well. While pollution and climate change and saber rattling escalate—sometimes it feels as if they do so daily—I do not see a collective will of rational people and their leaders to sit down and reason together, to combine their wisdom and seek answers to problems that threaten to engulf us all. Everyone is mad about something. Everyone shouts at each other. The few I notice who are working quietly and rationally seem to be crying into the wilderness. The bullies rule the mass media and whip up discontent.
On a personal level, I just experienced my two grandchildren and experienced their world close up during spring break. They are in grade school, and what a difference a year has made. While last year electronics occupied some of their time, this year the amount of time and attention they covered was enormous. While both children used to be avid readers and still have many books in each of their rooms, they now just occasionally read stories. Instead they often turn to video games for their fun, even though their parents still take them to library often to check out books. The boy can reel off the history of video games and personal computers and wants a DIY laptop for his birthday. He loves to lose himself in YouTube videos about technology.
Anyone who is either a millennial or younger is living in a world overwhelmed by technology. What’s being lost? The ability to sit quietly and collect one’s thoughts, to watch a sunset without snapping a picture, to listen to waves hit a beach, to just chill and BE. I fear these quiet pursuits are getting lost in the blur of activity that is our new world.
And then when I consider what I read about artificial intelligence and how the super brainiacs among us are worried about the changes that are coming from AI . . . well, is it any wonder that I have developed an advanced stage of future tense-itis?
Humanity is being drained by lack of interaction among individuals. I want coming generations to continue to read books, paint pictures, converse well with friends, work out disagreements in a reasonable way—and to see the value in those things, rather than seeing them as hopelessly old-fashioned. These are all human-based necessities and joys that are being inundated by our tech world. I hope I am merely being a Debbie Downer, but still, I must admit, I worry. I want literature to continue to be written—and avidly read—that speaks to the humanity of us all.

Meet the author
Kay Kendall is a long-time fan of historical novels and now writes  mysteries that capture the spirit and turbulence of the sixties. A reformed PR executive who won international awards for her projects, Kay lives in Texas with her Canadian husband, three house rabbits, and spaniel Wills. Terribly allergic to her bunnies, she loves them anyway! Her book titles show she's a Bob Dylan buff. In 2015 Rainy Day Women won two Silver Falchion Awards at Killer Nashville.
Visit Kay at her website < http://www.austinstarr.com/>
or on Facebook < https://www.facebook.com/KayKendallAuthor>