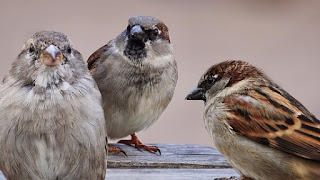 These heresies lead me to think about people I’d like to talk to at a dinner party. Politicians, celebrities, and sports figures don’t get invites. Instead, I prefer eight authors.

In no order, here are the “giants” I would ask for an evening of food for thought.
Overlook the minor point that many of my would-be guests are deceased.

Louisa May Alcott, how much did you tone down Jo to get Little Women published?

Henry James, was the governess sexually repressed or was her imagination overly active from being isolated with two precocious kids?

E.A. Poe, which is your favorite short story and what influenced you to write it?

Marion Zimmer Bradley, what influenced your decision in The Mists of Avalon to tell the story of Arthur from five different female viewpoints?

Neil Gaiman, how many versions of the first line of The Graveyard Book did you write?

Harper Lee, how much of Huckleberry Finn is in Atticus Finch?

Rick Riordan, when do you plan to publish another Tres Navarre novel?

Charlaine Harris, what is it fans missed in your conclusion of Dead Ever After?

Obviously, I’ll have to host another dinner party with more authors. I'm thinking at least 1,000 more magicians with words and ideas and stories that have stayed with me for years. While I'm working on my list, whom would you invite?

*****
AB will have to postpone her dinner party for a few months until she publishes The Broken-Hearted Many, Book 6 in The MisFit Series. Release date is February 23. Then comes the final installment in the series, The Whole Truth, due in late April.