Working Through It: Motivation in Backstory 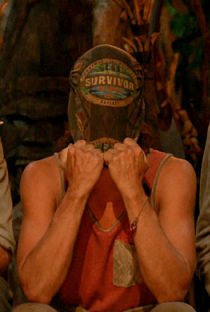 The last three months, I've felt like I've been stuck on Survivor. I don't know about you, but from my perspective, with the election won by the most disagreeable guy on the island (who should have been easily voted off)—and a death in my family—I've been grieving. And it's affected my writing.


But like everything else that tests my sanity, I'm confident this too shall pass. It's worth noting, though, that when the Fates point our heads in one direction, their sleights of hand point us in another without our recognizing it until after the fact.


Case in point… Instead of actually writing, I've had a lot of time to think—some of it even deliberately. While I'm not able to boast productivity in word counts, I am able to count lots of behind-the-scenes progress on premise, backstory, character motivation, truths, lies, and arc.
In my dark fantasy, the mystery aspect of the plot concerns where the protagonist comes from and the secret nature of her existence, which informs the trajectory of her arc and will ultimately make an enormous impact on her world. Shocking, actually. Some of this was already sketched out but just vague enough to roadblock my forward momentum.


So, back to thinking, or rather, creative hashing out. For the story engine, the "why" aspect of the character's motivation is the jet fuel that can turn a book into a page-turner—or a disorganized snoozefest, if you're always running on empty. It's also the kind of epic behind-the-scenes battle that writers frequently avoid because it's just not easy. And until writers resolve these "why" elements, they'll torture themselves with "how it should all go—this way, not that way—wait, that other way, because what if…" until it's perfect. Until it's perfect, procrastination is the well-spring of writer's block.


So while I've been alternately moping and becoming a better activist, my brain has been percolating on "why" story elements that are making my book better—far better. I didn't realize the extent of this percolation until a series of light-bulb moments culminated in giddy, hand-rubbing, Mr. Hyde-like epiphanies.
And all it took was staring off in deep thought, scribbling notes on napkins, texting plot fragments to myself, talking it out with my cats, and forcing a series of writing sessions where my progress was measured by how many minutes my butt stayed in my chair. Of course, it helps to have writing buddies who will brainstorm and pro-and-con ideas with me.


What all this means is that I've created a stronger spine on which to hang my story. I know the truths, and I know the lies. And now I have to wield them with precision. I'm beginning to enjoy the writing again and celebrate the return of a terrific adventure I enjoy diving into in each day—in a place where I can ignore all the hijinks happening on the island.