Last week with several deadlines looming and promo tasks lurking, I screwed up.


Uh-huh, right in the middle of a frustrated, stressed-out, hair-pulling cycle, I got distracted.

None of my characters chews bubblegum. Why not? I asked myself. As a kid, I’d loved the sweet, caries-inducing rubber glob I could chew until my jaws ached.

Against strict parental mandates, I’d slap down my few pennies, inhale the indescribable scent of sugary fruit, pop the pink ball in my mouth, and chew away—lost in a world where I imagined blowing a twenty-inch bubble. 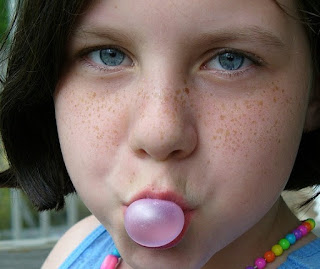 TO Dos wailed. I shoved the question in the back of my mind and went to work scheduling my blog posts. I had two due within a week of each other.

Then, don’t ask me how, I got distracted again. Who invented the paper sack? How could John Pavlos of MoMA, consider that mundane thing “the smartphone of the 19th century”?

What? Before texting, did people pass written messages back and forth on those smooth, brown surfaces? Did kids hold paper bags, attached with string, against their ears and talk to each other from yards away? Smartphone of the 19th century?

But you can see how I screwed-up, right? Posted one blog a week early.

Not a history-changing screw-up like Napoleon marching into Russia without adequate winter provisions.

Not a mistake like the sinking of the Titanic—on a different scale than Napoleon’s blunder—but an unforgettable snafu by someone in charge of planning for enough lifeboats.

My screw-up only led to my own embarrassment unlike the poor Tampa patient years ago whose surgeon removed the wrong leg and left the poor guy in worse shape than he started.

The public aware of my mistake was minuscule compared to the Super Bowl audience witnessing the ‘wardrobe malfunction’ on live TV in 2004. (Not to mention all the re-runs).

When I reexamine the above list and consider all the screw-ups we’ve seen in the past few chaotic weeks of political transition, I think I’ll change my mind.

My screw-up really falls into the category of messing up.

Messing up vs screwing up.

Uh-huh. I can live with messing up. I’ll depict screw-ups in my fiction (some of which carries a definite autobiographical note).

For now, I’ll forget that none of my characters chews bubblegum or uses brown paper bags. No more distractions.

“Experience is the name everyone gives to their mistakes.” – Oscar Wilde

How about you? Made any mistakes lately?

*****************
AB Plum lives and writes just off the fast lane in Silicon Valley. Unless she gets totally distracted, she plans to release on March 17 The Lost Days, Book 2 in The MisFit Series, her dark psychological thriller about the childhood of a psychopath. 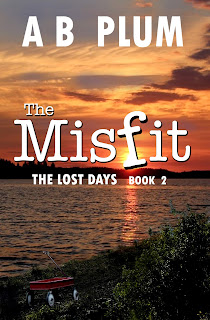 EXCERPT from The Lost Days

The sun’s eerie summer glow disoriented me as much as the headache hammering my skull. Or maybe my confusion came from the man seated next to me, his foot placed at the top of my foster brother’s spine. I gritted my teeth. Dimitri lay crumpled face down in the space behind the driver’s seat. His legs were folded under him like a penitent waiting for absolution.
The man in the front seat turned and flashed a mouthful of piano-white teeth. His piercing blue eyes glittered. I stared. His copper-colored hair glowed in the golden evening light.
He laughed as if I’d said something funny. “For a boy who killed his mother three months ago, you have a face that borders on transparent.”
“You-you’re not American.”
“And you’re not Finnish—despite your mother.”
Involuntarily, I snorted.
Nostrils flaring, he cuffed my right temple with his knuckles. “I already know what you think of your mother.”
My ears rang. Involuntarily, my fingers flexed and twitched as if I’d been electrocuted. I wanted to hit him. Smash his face. Kick his Finnish teeth down his throat.
“We are going to see,” he said, “just how tough you are.”