by Sparkle Abbey
We've had a crazy week. We know, it's only Thursday, but it feels like we've crammed in seven days since Monday. It's times like this when we like to laugh and remind ourselves we have pretty amazing lives. So we thought this was the perfect time to share some fun facts about Sparkle Abbey. 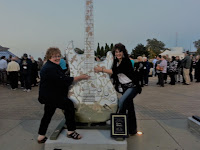 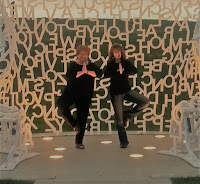 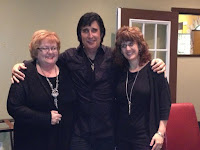 Okay, now it's your turn. Share some of your fun facts!

Sparkle Abbey is the pseudonym of two mystery authors (Mary Lee Woods and Anita Carter). They are friends and neighbors as well as co-writers of the Pampered Pets Mystery Series. The pen name was created by combining the names of their rescue pets--Sparkle (Mary Lee's cat) and Abbey (Anita's dog). If you want to make sure you're up on all the Sparkle Abbey news, stop by their website and sign up for updates at sparkleabbey.com.
Posted by The Stiletto Gang at 1:30 AM