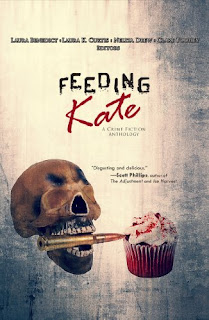 When a group of writers decided on Twitter to put together an anthology to benefit our friend Sabrina Ogden and the Lupus Foundation, I was in on it from the start. After all, I love Sabrina, and I deal with lupus every day myself. So we called it Feeding Kate since Kate is Sabrina's blogosphere nickname.

Do you like to read of characters who make difficult choices? Are there people you’ve known or just heard about who have inspired you with their courage or their love?
Posted by Linda Rodriguez at 12:33 AM